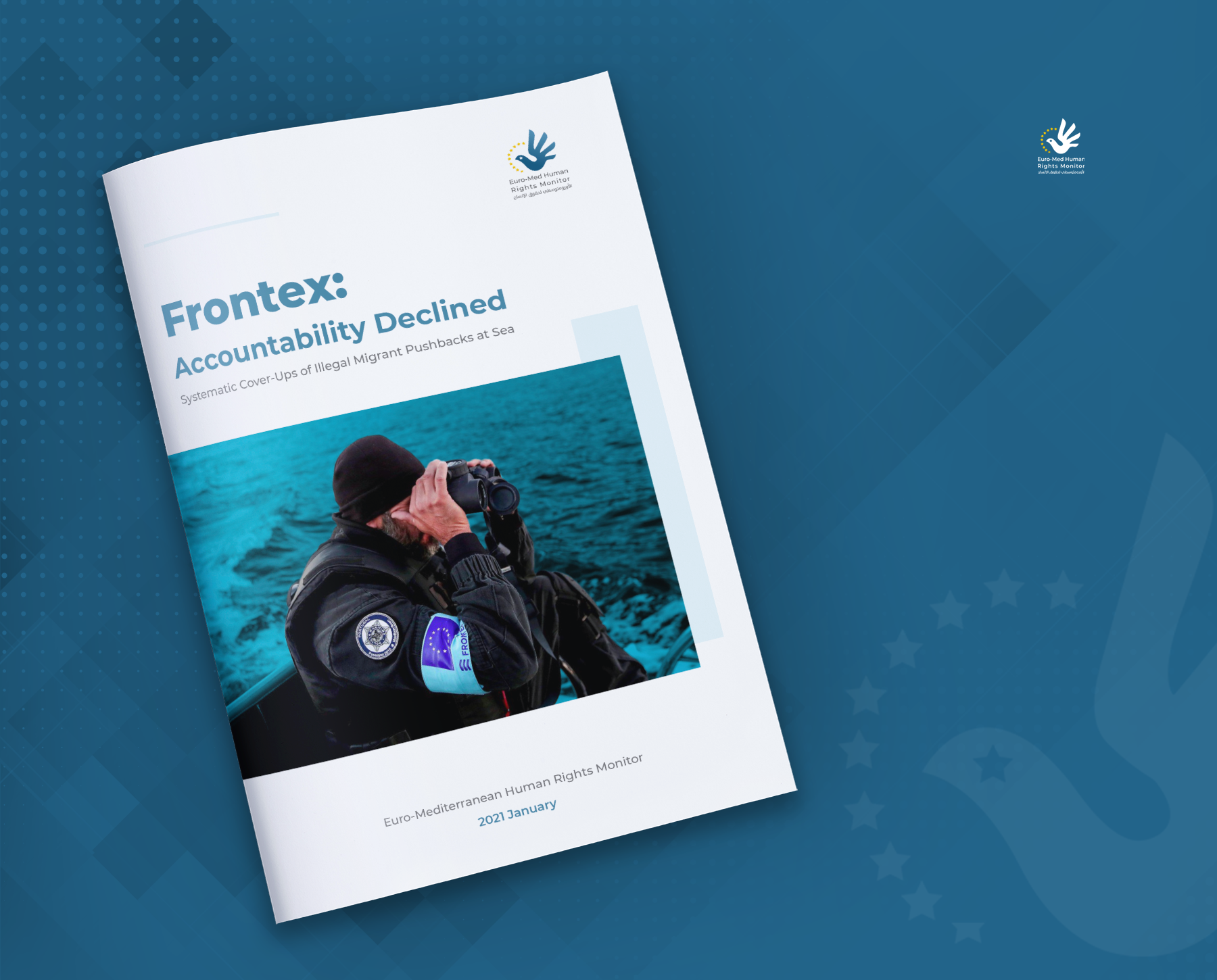 Euro-Med Human Rights Monitor published a new report that documents and analyses the involvement of Frontex in Greece's illegal pushbacks of migrants and asylum seekers to Turkish waters and the various violations of International and EU human rights laws entailed.

The report, entitled "Frontex: Accountability Declined”, highlights a pattern of the excessive and alarming autonomy of Frontex, as its budget, role and staff are augmented by the EU without clear legal boundaries.

In the 10 pushbacks presented, carried out by the Greek Coast Guard in the Aegean Sea between March and October 2020, Frontex vessels were either in close proximity or directly involved. Yet they did not immediately rescue the migrants in distress at sea nor did they report the abuses witnessed, as international and European law, together with the Frontex Code of Conduct itself, demand. On the contrary, Frontex dismissed the allegations, discouraged crews from filing reports on pushbacks, and, in some cases, stopped initial alerts of violations from being filed.

The EU Parliament’s Committee on Civil Liberties, Justice and Home Affairs (LIBE) decided to set up a Working Group, to look into allegations around Frontex’s role in the illegal pushbacks of sea migrants and asylum seekers.