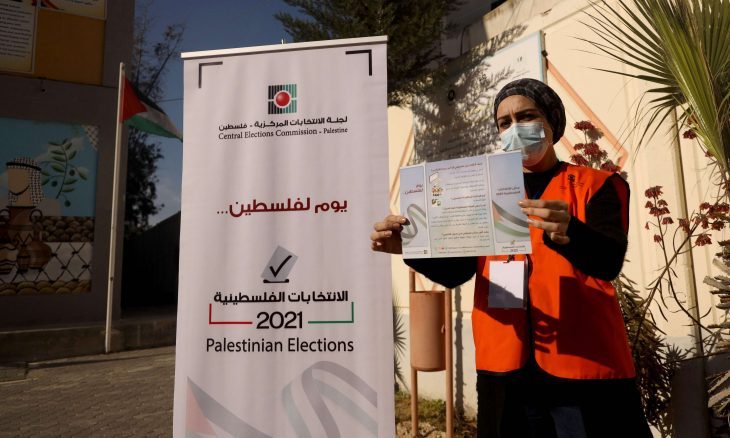 Geneva - Israel has been conducting several measures to obstruct the Palestinian legislative elections in East Jerusalem, most notably by not approving the election process to take place in the city so far, the Euro-Mediterranean Human Rights Monitor said today in a statement.

The Israeli authorities have taken practical measures in recent days that reflect clear intentions to impede the electoral process and thwart the participation of residents and candidates in East Jerusalem in the electoral process that has been waiting to take place for more than a decade.

The Israeli authorities had prevented a consultative meeting about the elections, organized by civil society institutions in Jerusalem, imposing a security cordon around the place and preventing anyone to enter the hotel.

Despite that the election campaigning will start on April 30, the Israeli authorities have not yet allowed the Palestinians in East Jerusalem to launch any official or popular activity regarding the elections.

The entire election process is threatened if Israel refuses to allow it to take place in East Jerusalem, especially in light of the official Palestinian intention not to complete the process without the participation of the Palestinians in Jerusalem.

Palestinians in East Jerusalem enjoy the same legal status as the Palestinians in the rest of the West Bank and thus share the right to self-determination.

“The Israeli measures aimed at disrupting the Palestinian legislative elections in the city of Jerusalem are part of Israel’s policy of abolishing the Palestinian presence in the city and imposing Israeli sovereignty over it, in contravention of the rules of international laws and relevant United Nations resolutions,” said Anas Aljerjawi, Euro-Med Monitor’s Chief Operating Officer.

“While Israel is now trying to prevent or disrupt the long-waited Palestinian democratic process, in the past two years only, Israel has held four Knesset elections,” Aljerjawi added.

Israel had arrested or summoned current Palestinian Legislative Council deputies. From 2006 until now, Israel arrested about 60 deputies from the West Bank and Jerusalem regions, seven of whom are still in detention.

Since the European Union (EU) has over the past few years contributed to supporting and financing the work of the Palestinian Central Elections Commission in order to prepare for holding comprehensive, credible and transparent elections, the EU should intervene to pressure Israel to allow elections to take place in Jerusalem, and to stop any procedure that would lead to disturbing the elections in the city.

The international community should exert all possible pressure on Israel to ensure that the Palestinian legislative elections are held in all the occupied territories, and that the right of Palestinians to political participation and self-determination is protected without any restrictions or obstacles.