Morocco: Concern over the health of detained journalists on hunger strike 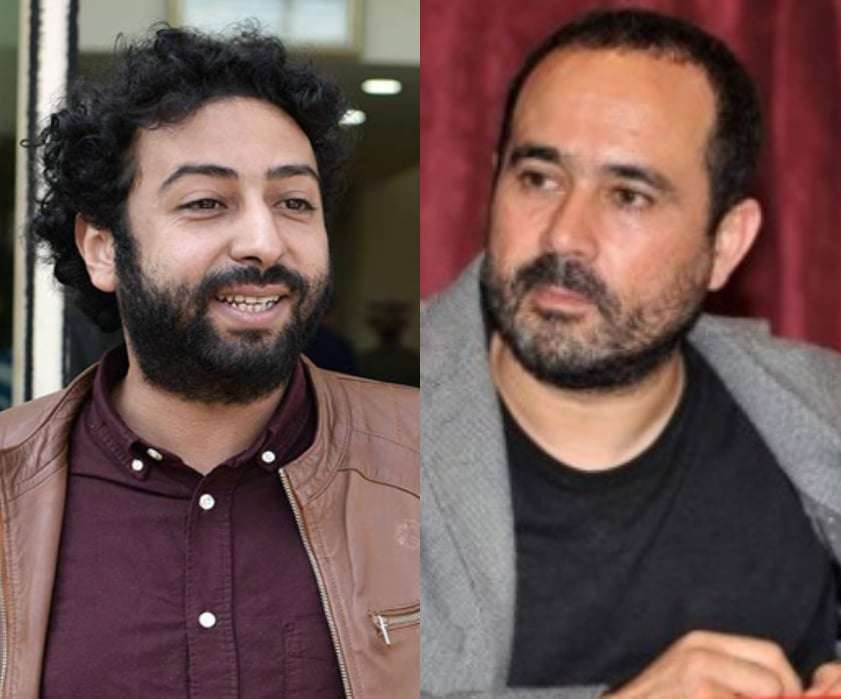 Geneva - The Moroccan authorities have continued to detain journalists Omar Al-Radi and Suleiman Al-Raissouni in Oukacha prison in Casablanca, which led them to declare a hunger strike to demand their release, the Euro-Mediterranean Human Rights Monitor said today in a statement expressing great concern over their health condition.

The Prosecutor of the Court of First Instance in Casablanca detained Omar Al-Radi, president of the Le Desk magazine on July 29 last year. Al-Radi had been summoned more than eight times within five weeks, during which, he was interrogated for about 100 hours. These were based on charges related to receiving foreign funding from foreign intelligence groups, and sexually assaulting a colleague working in the magazine, who claimed that he assaulted her on the night of July 12 last year.

As for Suleiman Al-Raissouni, head of Akhbar al-Youm newspaper, he was arrested on May 22 last year by security agents wearing plain clothes in front of his house in Casablanca. He was arrested on charges of sexual assault, after a man claimed that Al-Raissouni had assaulted him two years ago through a “fake account” on Facebook. The plaintiff did not file any formal complaint against Al-Raissouni.

The two journalists are still in pretrial detention, which has prompted them to go on a hunger strike since last Thursday, April 8. Their move came after the court rejected numerous petitions submitted by their defense for a  temporary release, since they have met all the conditions and requirements needed to attend court.

Direct communication between the detainees and their families has been cut off for several days. The only way to communicate with them is through their lawyers, according to information Euro-Med Monitor received.

According to the information, the prison administration put the journalists in isolation, and kept their cells closed throughout the day, in an attempt to pressure and force them to stop their hunger strike.

In a testimony, seen by Euro-Med Monitor, Idris Al-Radi, Omar Al-Radi’s father, said: “My son’s health condition is extremely poor inside the prison, as he has lost about ten kilograms since his arrest. He suffers from asthma and another chronic disease that affects his intestine, which requires continuous treatment; the positive results do not appear until six years later. Otherwise, the patient will reach a point where they cannot be treated. My son has come close to reaching this dangerous level of infection, due to being exposed to extreme medical negligence by the authorities inside the prison”.

Similarly, Al-Raissouni’s family said: “Suleiman has been subjected to solitary confinement since his detention, and he has lost about 15 kilograms of weight. . In addition, he suffers from chronic high blood pressure, thereby not drinking water puts to his health in great danger”.

They also said the prison authorities, during the past few days, “raided Suleiman's cell in a humiliating manner and tampered with his belongings. They are now asking him to end his hunger strike if he wants his belongings back.”

The two detained journalists have been known for criticizing the human rights record in Morocco. In March 2020, Al-Radi was sentenced to four months in prison for writing a tweet in which he criticized the unfair trial procedures of Hirak Al-Rif activists and their imprisonment. Likewise, Al-Raissouni has been known for writing articles that were critical of the Moroccan authorities.

In turn, a legal researcher at Euro-Med Monitor, Omar al-Ajlouni, said: “If the charges against journalists were valid, the Moroccan authorities should investigate them urgently and ensure a fair trial, instead of keeping journalists in pretrial detention for indefinite periods.”

Keeping journalists in pretrial detention in this way raises doubts about the validity of the allegations against them. Morocco is required to respect the constitutional principles that guaranteed journalists to perform their professional duties without any harassment.

Al-Ajlouni indicated that pre-trial detention in misdemeanor cases should not exceed one month, while it can only be extended two times for the same period according to a judicial order based on the request of the Public Prosecution with proper justifications, in accordance with Article 176 of the Moroccan Code of Criminal Procedure.

In criminal cases, the period of preventive detention cannot exceed two months, which can be renewed five times if the investigating judge does not take an order to end the investigation during that period, in accordance with Article 177 of the Code, he added. If the investigating judge does not take an order during these periods, he shall release those accused of delinquent or criminal cases by force of law while the investigation continues, Al-Ajlouni said.The Moroccan authorities should investigate the charges against journalists in an impartial and independent manner and avoid detaining them for long, indefinite periods.The authorities should also take serious and urgent measures to stop cracking down on press freedoms and freedom of expression in the country and instead, secure a safe and comfortable environment for citizens to exercise their rights, which is guaranteed locally and internationally.