Google and Microsoft's secretive investments in Israel are whitewashing the occupation 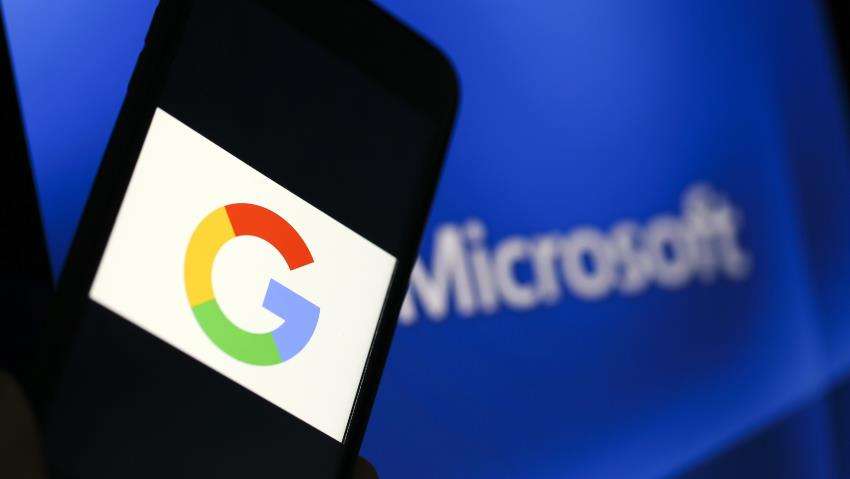 Earlier this month, Israeli newspaper Haaretz reported that the tech giant Microsoft had secretly launched a new chip development centre in Israel over a year and a half earlier, and is currently accelerating its operations there.

This was followed by another report that Google is planning to establish a regional data center in Israel for its cloud computing services that could see hundreds of millions of dollars invested in local infrastructure. Google refused to comment on the news, leaving it shrouded in secrecy, like Microsoft's Israeli ventures.

While such investments may seem benign or apolitical on the surface, the complete lack of transparency surrounding them speaks of disregard for basic corporate social responsibility and ethical principles for multiple reasons.

The United Nations Guiding Principles on Business and Human Rights emphasise that businesses have human rights responsibilities under international standards. The guiding principles oblige companies around the globe to conduct due diligence and mitigate any harmful impact of their activities. Those guiding principles seem to have been ignored or flouted in these investments.

The United Nations Guiding Principles on Business and Human Rights emphasise that businesses have human rights responsibilities under international standards. The guiding principles oblige companies around the globe to conduct due diligence and mitigate any harmful impact of their activities. Those guiding principles seem to have been ignored or flouted in these investments.

Microsoft is purportedly committed to protecting democratic freedoms and has pledged publicly not to aid in the encroachment of such freedoms. But in secretly choosing Israel for their investments, these two tech giants are either knowingly or inadvertently investing in fueling, sustaining, and whitewashing an unjust and inherently destabilising status quo of suppression and subjugation.

On the most basic level, these substantial investments will increase the Israeli government's tax revenue, which is used to subsidise ever-expanding settlements and maintain Israel's military subjugation of Palestinians.

Furthermore, making such generous unconditional investments bolsters a delusion of normalcy that helps Israel maintain its occupation, settlement expansion and the systematic subjugation, immiseration and abuse of Palestinians. Despite this reality, it suggests that Israel can still be attractive and appealing to giant transnational corporations.

As a result, Israel feels even more invincible and emboldened to escalate and accelerate its oppression of Palestinians, unconstrained and unafraid of any consequences.

And this isn't the first time Microsoft has turned a blind eye to Israel's oppression, or tried to turn a profit from it. In 2019, Microsoft was slammed for funding the Israeli firm AnyVision that surveils West Bank Palestinians for the Israeli military using facial recognition technology. Similarly, last Wednesday, the far-right Israeli government awarded a $1.2-billion contract to Google and Amazon for building local cloud storage server centres, in what is called Project Nimbus.

Under the deal, the two companies would contribute substantially to enhancing the very state infrastructure used to oppress Palestinians, including the infamous Unit 8200 - the Israeli military division that relies on cutting edge technology to spy on Palestinians in order to blackmail them into collaborating with it against other Palestinians.

The recently announced major investments by Google and Microsoft further whitewash Israel's image, and give it more PR triumphs to legitimise the status quo, by fueling the trope of Israel as an unparalleled beacon of hope in the Middle East, a benign force, a light for the region. They feed into the narrative of Israel as a successful startup nation to be admired and emulated.

Microsoft and Google are further rewarding Israel by bolstering its tech hegemony in the region, giving it even more power and leverage. In doing so, they are also ignoring Israel's history of being the biggest hub for government-sanctioned hacking and spyware startups in the region.

This raises a serious concern over whether Microsoft and Google have taken sufficient precautionary measures to ensure that Israel - a country that conducts extensive surveillance under the pretext of national security - would not use its direct access to their servers to conduct spyware attacks or cyber surveillance operations, not least against Palestinians.

This is all the more concerning given that section 19 of Israel's Privacy Protection Act 5741–1981 gives an exception from criminal liability in the event of breaching and seizing data if the perpetrator is Israel's police, military intelligence (Aman), Shin Bet or Mossad.

The situation is not without precedent: Last year, twitter opened a regional headquarters in the UAE, prompting an outcry from human rights defenders, activists and intellectuals. They pointed out that Saudi authorities were able to identify, capture and torture to death a prominent Saudi dissident, Turki Bin Abdul Aziz Al-Jasser, allegedly using information shared by Twitter's Dubai office.

The responsible course of action for tech giants endowed with enormous resources and influence, is to make their investments conditional on Israel showing progress towards upholding the dignity of Palestinians, and enacting substantial reforms where their rights are concerned. Without these guarantees, the two companies should refrain from making such controversial investments altogether.

Google and Microsoft have other prominent choices in the region, with high tech potential and a dire need for investments that can be a meaningful force for good and change.

Tunisia, for example, is widely praised as the only true democracy in the Arab world after the 2011 Arab Spring, but its economic development has been unfortunately stagnant. Tunisia has a rising startup ecosystem, where it ranked second in Africa in the 2019 Global Entrepreneurship Index (GEI). It also has a highly educated and young workforce yearning for opportunities to prove their talents.

Relocating those major investments to Tunisia could unleash its untapped potential and give the country a solid opportunity to develop and become a success story in the region. This would uphold the purported values of Google and Microsoft, and fulfill their social responsibility to be a positive force for change rather than a tool for a repressive regime.

This article was originally published on The New Arab