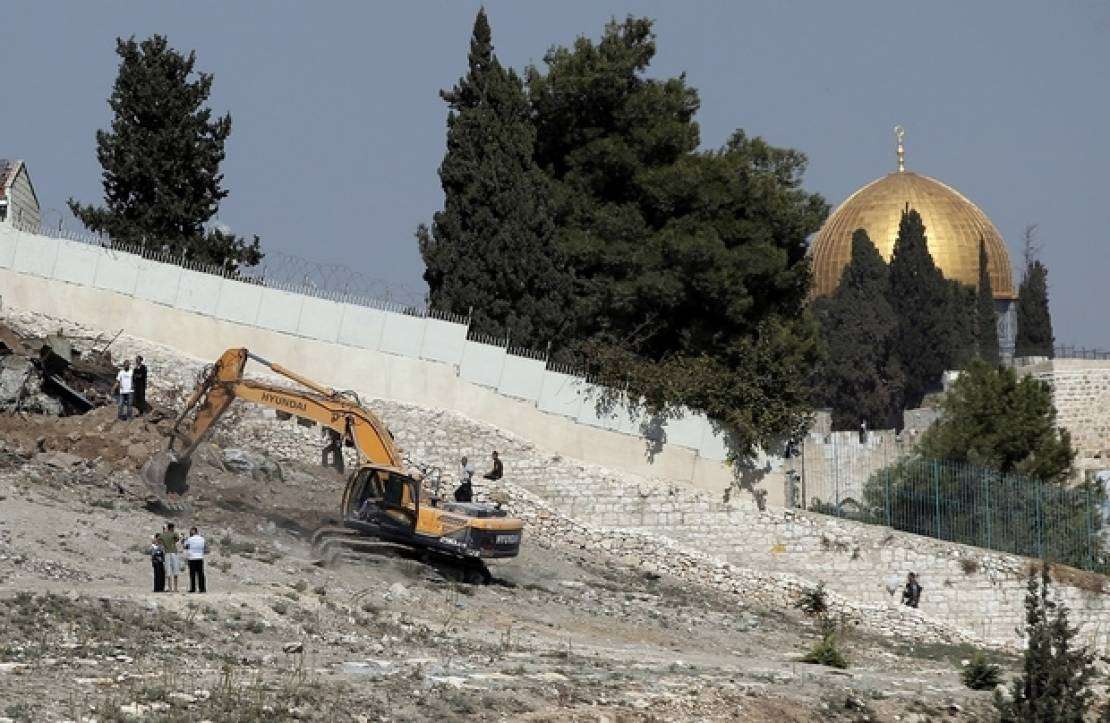 Israel has demolished 31 homes and 27 Palestinian facilities after plans to construct 4,982 new settlement units were approved, since the beginning of this year, the Euro-Mediterranean Human Rights Monitor said in statement.

During the past four months, Israel has escalated its policy of demolishing Palestinian homes and facilities and removing Palestinians from their neighborhoods, while building thousands of settlement units in East Jerusalem. Such a conduct aims to  perpetuate racial discrimination and eliminate the Palestinian Arab presence in the city.

Euro-Med Monitor recorded that during the first four months of this year, 86 violations related to the demolition of Palestinian homes and consolidation of their settlement presence, were carried out by the Israeli forces in East Jerusalem. The month of March alone witnessed 31 violations.

The Israeli forces have demolished 31 homes since the beginning of this year, half of them occurred in March. Sixteen of those houses were self-demolished by their owners to avoid paying fines and the exorbitant demolition costs.

The demolitions and forced evictions have displaced dozens of Palestinian families, including women and children, leaving them homeless. Even after that, the Israeli authorities harassed them when they set up tents for temporary shelter near their destroyed homes.

During the preparation of this statement, 28 Palestinian families comprising of about 500 people from the Sheikh Jarrah neighborhood in Jerusalem have been  threatened with forced displacement. The Israeli courts issued decisions legalizing the seizure of their homes, which threatens a mass displacement operation.

Today, the Jerusalem District Court postponed the issue of evacuating families from Sheikh Jarrah until next Thursday, May 6, to reach an agreement with Israeli settlers. The decision implicitly means expelling Palestinian residents from their homes and then handing them over to Israeli settlers.

The Israeli authorities have escalated this policy of seizing Palestinian homes in East Jerusalem in favor of settlement associations, as they seized eight residential buildings and released notices of their plans to seize 13 other buildings during 2020.

According to the United Nation’s estimates, until August 2019, there were eviction lawsuits filed against 199 Palestinian families in East Jerusalem, most of them from settlement organizations, placing 877 people, including 391 children, at risk of displacement.

During the first four months of 2021, the forced evictions and systematic destruction of residential homes have had severe physical, social, economic and psychological effects on the affected families. These are crimes that may amount to ethnic cleansing.

During the same period, the Israeli authorities destroyed 27 commercial establishments and bulldozed other properties such as water wells and walls. The authorities also issued at least 40 demolition notifications of properties within the neighborhoods of East Jerusalem.

The Israeli forces have seized Palestinian lands and bulldozed them to  build streets that serve the settlers.

The Israeli government’s approval to build 4,982 settlement units during this period, is a strong indication of the extensive racial discrimination practiced by the authorities. Before these plans came to affect, Palestinian homes and properties have been destroyed on a massive scale, causing many displaced families.

At a time when the Israeli authorities placed severe restrictions and obstacles that prevented Palestinians from obtaining building permits by using lack of licensing and many other pretexts, to justify carrying out the demolitions. During this period , the authorities provided  facilities and gave  large funds for the establishment of hundreds of settlement units.

The demolitions and evictions carried out by the Israeli authorities are part of their efforts to forcibly displace Palestinians and  change the demographic character of the occupied city, Al-Lewa said.

The destruction and unlawful deportation of civilians in the occupied territories violate the Fourth Geneva Convention. It is also a war crime under Paragraph 2 of Article 8 of the Statute of the International Criminal Court adopted in Rome on July 17, 1998, which states that war crimes include the “Extensive destruction and appropriation of property, not justified by military necessity and carried out unlawfully and wantonly”.

The international community and the United Nations must shoulder their responsibilities to stop Israel's violations and urgently intervene to stop demolition plans, which aim at displacing Palestinian families and changing the demographic reality of the city.