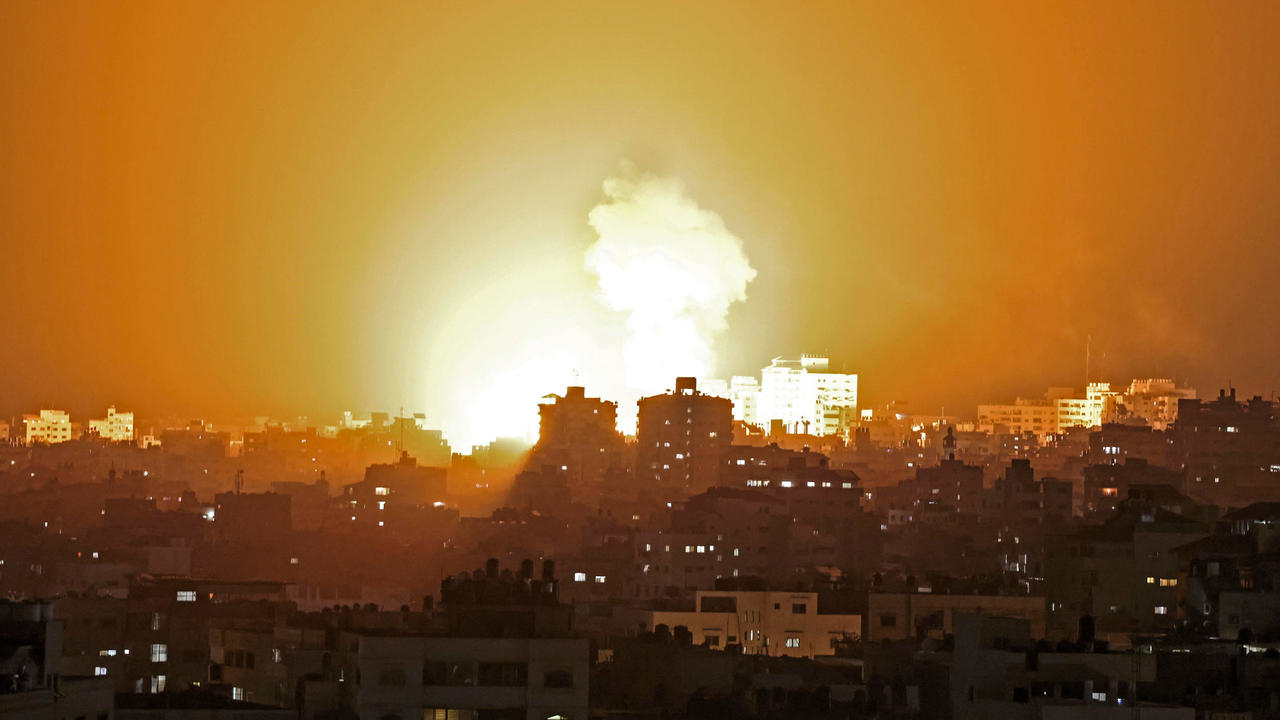 Geneva – The Israeli forces last night destroyed full residential areas in the northern Gaza Strip, the Euro-Mediterranean Human Rights Monitor said. The international community must intervene and ensure that Israel obliges to stop its attack, which challenges the rules of international humanitarian law.

The Israeli Air Force, early on Friday, launched about 450 missiles on the Gaza Strip. Most of these missiles were concentrated in the northern area of the strip in densely populated areas. The attack killed several civilians and wounded dozens of others, while dozens of homes, streets and civilian institutions were destroyed.

Last night’s attack was the most violent in the history of the Israeli military’s attacks on Gaza, especially in terms of the size and intensity of the fire considering the time taken to implement them.

The United Nations Relief and Works Agency for Palestine Refugees (UNRWA) has so far refrained from providing humanitarian aid to the displaced families who fled to its schools in Jabalia camp, despite it being their duty to provide necessary aid to the displaced immediately.

According to the Ministry of Health in Gaza, the number of Palestinians killed in the ongoing Israeli military attack since Monday evening, May 10, 2021, has risen to 122 Palestinians, including 31 children, 20 women and more than 900 injured.

The Israeli army’s usage of violent bombing violates the principle of proportionality and distinction. The army also uses high-intensity fires for intimidation, revenge and the collective punishment of civilians rather than military necessities.

The horrific bombing campaign and displacement of civilians from their homes are reminiscent of the 2014 Operation Protective Edge’s mass displacement of more than half a million Palestinians. At the time, reports made by human rights experts concluded that such displacement constituted a war crime.

Entire residential buildings and neighborhoods were also destroyed in Beit Lahia, northern Gaza Strip. The attacks included the bombing of homes belonging to residents in Al-Bureij camp in the middle of the Gaza Strip, and the city of Khan Yunis in the south, which caused the death of entire families.

Israel has reused the strategy it used in the previous attacks: deliberately targeting civilian homes and wiping out residential neighborhoods, without any regard for the rules of international humanitarian law. Israel has been able to proceed with its violations by taking advantage of the global system's inability to hold it accountable and enjoying an open balance of impunity.

Article 25 of the Hague Regulations concerning the Laws and Customs of War on Land profits states “The attack or bombardment, by whatever means, of towns, villages, dwellings, or buildings which are undefended”. Article 53 of the Fourth Geneva Convention stipulates that “Any destruction by the Occupying Power of real or personal property […] is prohibited, except where such destruction is rendered absolutely necessary by military operations”.

Destruction of property for no clear military justifications is a grave breach of Article 147 of the Fourth Geneva Convention and a war crime under the Statute of the International Criminal Court Article 8 (2) (b) (2).

The international community's silence, including the indecisive and negatively idle position of the EU and its member states towards the ICC investigation into war crimes in the occupied territories, have contributed to Israel's escalation of violations against  Palestinian rights without deterrence.

We are seeing the effects of this negative stance in a multitude of ways, the enforced displacement of Palestinians from their homes in Sheikh Jarrah; building of additional settlements in Givat Hamatos and Har Homa, which would effectively render a two-state solution impossible; imposing restrictions on Muslim worshipers access to the al-Aqsa mosque during Ramadan and installing barriers at the Damascus gate; or maintaining Gaza's suffocating blockade while the pandemic is ravaging the city.

The official Israeli escalation encouraged extreme right-wing settlers in Israel to intensify their racist attacks on Palestinians, their farms and properties throughout the West Bank and East Jerusalem, while the Israeli government took  no action to end these increasing attacks.

All those concerned must act decisively to stop the violent and disproportionate Israeli attacks on the Gaza Strip and make every effort to end the military operations, which is claiming more civilian lives every hour.

ICC must monitor the ongoing Israeli violations in the Gaza Strip and include them in their current investigation into previous violations, and hold the Israeli leaders and soldiers accountable.