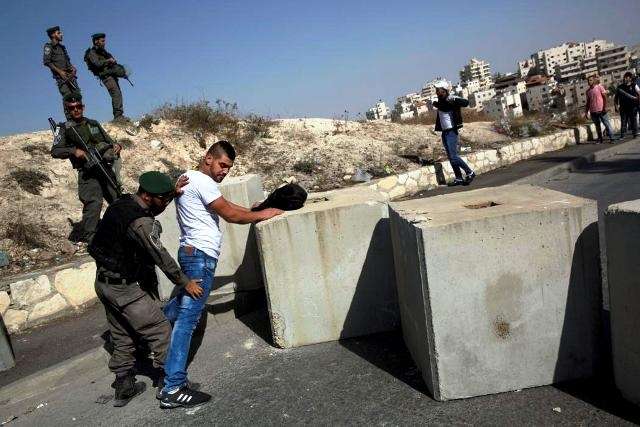 The current crisis of Palestine/Israel deepens and widens as casualties mount, smoke from destroyed buildings fills the air in Gaza, rioting on the streets of many Israeli and West Bank towns, Israeli police disrupting worshippers in the Al-Aqsa mosque compound and protecting extremist Jewish settlers shouting genocidal slogans ‘death to the Arabs’ in inflammatory marches through Palestinian neighborhoods of Jerusalem. Underlying this entire eruption of tensions between oppressor and oppressed were the flimsy legalized evictions of six Palestinian families long resident in the Sheikh Jarrah, which for Palestinians epitomized their long ordeal of persecution and banishment in what psychologically remains their homeland. While this mayhem continues the lights have remained scandalously dim at the UN. Western leaders pathetically call for calm on both sides as if equal, while perversely affirming the one-sidedness of ‘Israel’s right to defend itself’ as if it had been attacked out of the blue.

Is this but one more cycle of violence exhibiting the unresolvable clash between a native people overwhelmed by a colonial intruder emboldened by a unique religiously grounded settler sense of entitlement? Or are we witnessing the beginning of the end of the century long struggle by the Palestinian people to defend their homeland against the unfolding Zionist Project that stole their land, trampled on their dignity, and made Palestinians victimized strangers in what had been their national home for centuries? Only the future can fully unravel this haunting uncertainty. In the meantime, we can expect more bloodshed, death, outrage, grief, injustice, and continuing geopolitical interference. What these events have made clear is that the Palestinians are withstanding prolonged oppression with their spirit of resistance intact, and refuse pacification regardless of the severity of the imposed hardships. We also are made to appreciate that the Israeli leadership and most of its public is no longer in the mood even to pretend to be receptive to alternatives to the completion of their settler colonial undertaking despite its dependence on a weaponized version of apartheid governance.

For Israelis and much of the West the core narrative continues to be the violence of a terrorist organization, Hamas, challenging the peaceful state of Israel with destructive intent, making the Israeli response reasonable as both a discouragement of the rockets but as a harsh punitive lesson for the people of Gaza designed to deter future terrorist attacks. The Israeli missiles and drones are deemed ‘defensive’ while the rockets are acts of ‘terrorism’ even though Israeli human targets are seldom hit, and despite the fact that it is Israeli weaponry that causes widespread death and destruction among the over two million civilians Gazans who have been victims of an unlawful blockade since 2007 that has crippled an impoverished, crowded, traumatized Palestinian enclave long enduring unemployment levels above 50%.  In the current confrontation Israel’s control of the international discourse has succeeded in de-contextualizing the timeline of violence, having the effect of leading those with little knowledge of what induced the flurry of Hamas rockets to believe falsely that the destruction in Gaza was a retaliatory Israeli reaction to hundreds of rockets launched by Hamas and Gaza militia groups. With abuses of language that might even surprise Orwell Israel’s state terrorism is airbrushed by the world along with the rebuff of Hamas’ peace diplomacy over the past 15 years that has repeatedly sought a permanent ceasefire and peaceful coexistence.

For Palestinians, and those in solidarity with their struggle, Israel knowingly allowed the subjugated population of East Jerusalem to experience a series of anguishing humiliations to occur during the holy period of Muslim religious observances in Ramadan rubbing salt in the already opened wounds resulting from the Sheikh Jarrar evictions, which had the inevitable effect of refreshing Palestinian memories of their defining experiences of ethnic cleansing days before the annual May 15th observance of the Nakba. This amounted to a metaphoric reenactment of that massive crime of expulsion accompanying the birth of Israel in 1948,  intensified by the bulldozing of several hundred Palestinian villages signaling the Israeli intention to make the banishment permanent.

Unlike South Africa, which made never claimed to be a democracy, Israel legitimated itself by presenting itself as a constitutional democracy. This resolve to be a democracy came with a high price tag of deception and self-deception, necessitating to this day a continuing struggle to make apartheid work to secure Jewish supremacy while hiding Palestinian subjugation. For decades Israel was successful in hiding these apartheid features from the world because the legacy of the Holocaust lent uncritical credence to the Zionist narrative of providing sanctuary for the survivors of the worst genocide known to humanity. Additionally, the Jewish presence was making the desert bloom, while at the same time virtually erasing Palestine grievances, further discounted by hasbara visions of Palestinian backwardness as contrasting with Israeli modernizing prowess, and later on by juxtaposing a political caricature of the two peoples portraying Jewish adherence to Western values as opposed to Palestinian embrace of terrorism.

Recent developments in the symbolic domains of politics that control the outcome of Legitimacy Wars have scored several victories for the Palestinian struggle. The International Criminal Court has authorized the investigation of Israeli criminality in Occupied Palestine since 2015 despite vigorous opposition from the leadership of the Israeli government, fully supported by the United States. The investigation in The Hague, although proceeding with diligent respect for the legalities involved, was not openly engaged by Israel, but rather was immediately denounced by Netanyahu as ‘pure antisemitism.’

Beyond this, the contentions of Israeli apartheid, which only a few years ago was similarly denounced when an academic report commissioned by the UN concluded that the allegation of apartheid was unequivocally confirmed by Israeli policies and practices of an inhuman character designed to ensure Palestinian victimization and Jewish domination. In the past few months both B’Tselem, Israel’s leading human rights NGO, and Human Rights Watch, have issued carefully documented studies that reach the same startling conclusion that the Israel indeed administers an apartheid regime within the whole of historic Palestine, that is, the Occupied Palestinian Territories plus Israel itself. While these two developments do not alleviate Palestinian suffering or the behavioral effects of enduring denial of basic rights, they are significant symbolic victories that stiffen the morale of Palestinian resistance and strengthen the bonds of global solidarity. The record of struggles against colonialism since 1945 support reaching the conclusion that the side that wins a Legitimacy War will eventually control the political outcome, despite being weaker militarily and diplomatically.

The endgame of South African apartheid reinforces this reassessment of the changing balance of forces in the Palestinian struggle. Despite having what appeared to be effective and stable control of the African majority population through the implementation of brutal apartheid structures, the racist regime collapsed from within under the combined weight of internal resistance and international solidarity. Outside pressures included a widely endorsed BDS campaign enjoying UN backing. Israel is not South Africa in a number of key aspects, but the combination of resistance and solidarity was dramatically ramped upwards in the past week. Israel has already long lost the main legal and moral arguments, almost acknowledging this interpretation by their defiant way of changing the subject with reckless accusations of antisemitism, and is in the process of losing the political argument.

Israel’s own sense of vulnerability to a South African scenario has been exposed by this growing tendency to brand supporters of BDS and harsh critics as ‘antisemites,’ which seems in the context of present development best described as ‘a geopolitical panic attack.’ It seems appropriate to recall Gandhi’s famous observation along these lines: “first, they ignore you, then they insult you, then they fight you, then you win.”