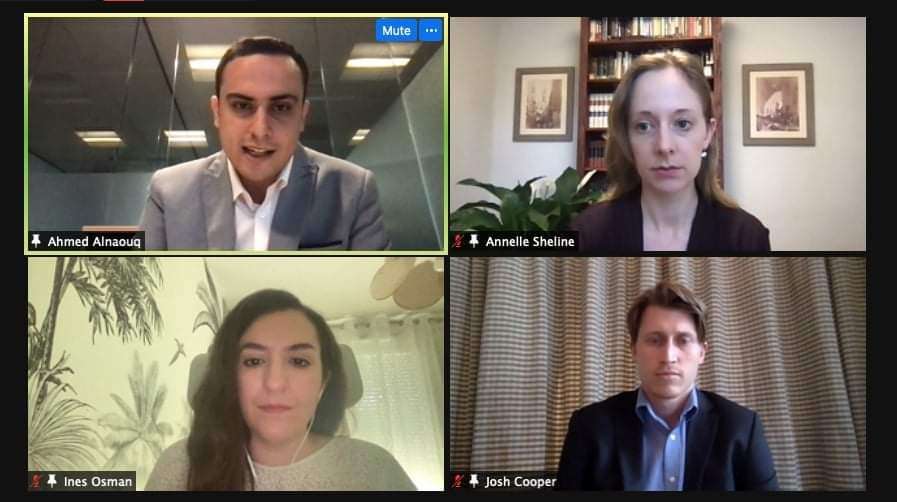 Geneva - Several experts joined a Euro-Mediterranean Human Rights Monitor webinar on the arrest of prominent Saudi economist Abdulaziz Al-Dakhil. al-Dakhil was arrested for the simple reason of criticizing the government’s economic policies and his calls for fighting corruption in the Kingdom, which has grown intolerant of its critics in recent years.

Ines Osman, a Human Rights Lawyer of MENA Rights, noted that “arbitrary detention has been practised systematically to silence academics, human rights defenders, lawyers, and anyone criticizing the government” in Saudi Arabia.

The arrest of Abdulaziz al-Dakhil is part of an ongoing pattern in the Kingdom that  targets critical voices. Dozens of human rights activists, including women activists, have been thrown into jails for expressing their opinions, which have drawn international criticism.

“Many scholars and human rights defenders in Saudi Arabia are illegally detained under the pretext of threatening Saudi's national security,” added Osman.

From his part, Josh Cooper, Deputy Director at ALQST Organization for Supporting Human Rights, explained that “al-Dakhil's arrest was arbitrary and a violation of international law as he was simply expressing his sorrow in a tweet.”

“His arrest in that manner was particularly shocking if not surprising, and his case is also emblematic,” asserted Cooper, adding that “the arrest campaigns launched by the Saudi authorities target academics, scholars, bloggers and writers.”

Annelle Sheline, a nonresident fellow with the Baker Institute Center for the Middle East and research fellow for the Middle East at the Quincy Institute for Responsible Statecraft, noted that “Support from the former US administration encouraged Saudi authorities to arrest more human rights defenders. Now, and with the Biden administration, arrest campaigns have noticeably decreased.”

Saudi Arabia claims to have adopted reforms to follow its   2030 Vision, but critics have cast doubt on whether it will succeed considering its human rights records.

“Saudi Arabia needs to go through some substantial changes, but if Mohammed bin Salman carries on with his policies, then he will set himself up for failure,” added Sheline.

Ahmad Alnaouq of Euro-Med, who moderated the webinar, noted that the Euro-Mediterranean Human Rights Monitor launched a letter  calling for Abdulaziz al-Dakhil’s release. 23 scholars and academicians from various international universities with high rankings signed the letter.