Syria: Targeting a hospital in Afrin requires an independent investigation 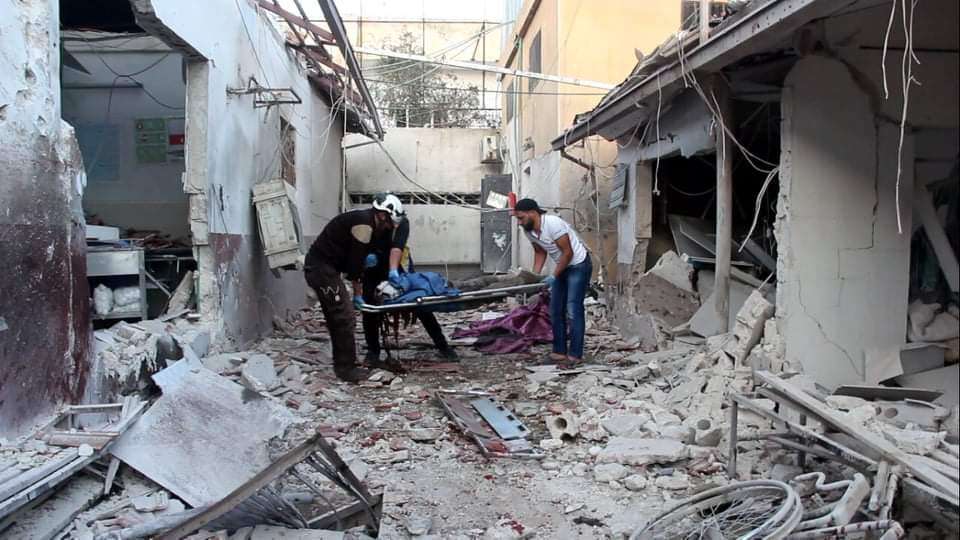 The Euro-Mediterranean Human Rights Monitor condemns the artillery shelling that targeted Al-Shifa Hospital and other civilian sites in Afrin city, northern Syria, killing at least 15 people and wounding dozens of others.

According to reports received by Euro-Med Monitor, at approximately 6 pm on Saturday, June 12, an artillery shell fell on a residential area in Afrin, shortly followed by another that directly targeted Al-Shifa Hospital. The attack killed  and wounded at least 15 people, including women and several medical and civil defense cadres.

The Euro-Mediterranean Monitor cannot determine who is responsible for this horrific crime. Its team continues to analyze information from the site of the incident, especially with the presence of overlapping controlled areas for the parties in the conflict where the attack supposedly launched.

Euro-Med Monitor stresses the need to open an immediate and independent investigation into the circumstances of the incident. We call on all parties, specifically the Syrian Democratic Forces (SDF), the Syrian regime forces, and the armed opposition factions, to reveal all information related to the incident and help identify those responsible for carrying out the attack and bring them to justice.

Considering the high pace of gross human rights violations in Syria recently, Euro-Med calls on the United Nations and its various bodies, especially the Security Council, to end the stalemate, implement resolutions, hold the perpetrators accountable and stop assaults on civilians and properties.

Targeting civilian objects, including hospitals and medical facilities, is a clear violation of International Humanitarian Law and may amount to war crimes under the Rome Statute of the International Criminal Court.

Euro-Med Monitor stresses that all parties in the conflict commit to neutralize civilians from military operations, refrain from targeting residential neighborhoods and civilian facilities under any circumstances, and establish effective accountability mechanisms to ensure that such incidents never occur again.