West Bank: Urgent and independent investigation must be opened into the killing of activist Nizar Banat 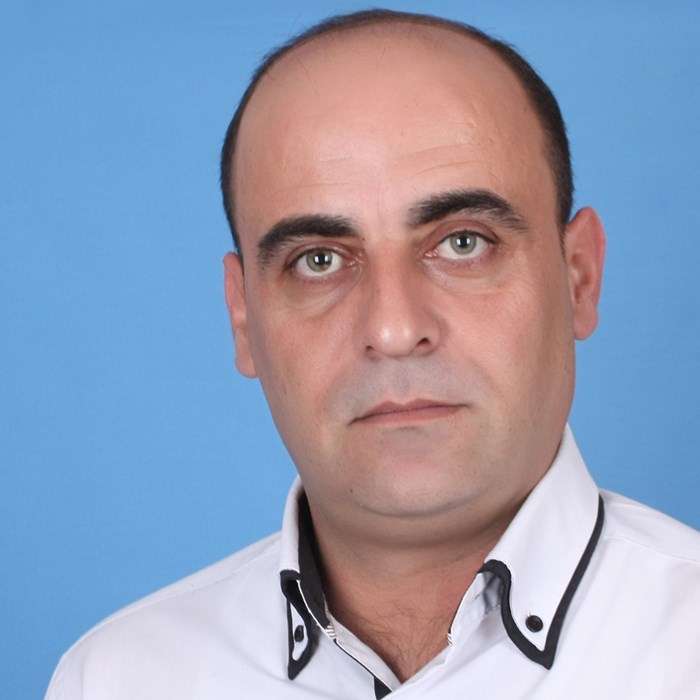 Geneva - The Euro-Mediterranean Human Rights Monitor expresses its deep shock at the death of the Palestinian opposition political activist Nizar Banat after his arrest and direct attack by the Palestinian security services in Hebron, in the southern West Bank.

The Euro-Med Monitor calls for the opening of a diligent, urgent, and independent investigation into the incident, especially since all the circumstances point to a deliberate process of assassination to suppress a voice heavily opposed to the policies of the Palestinian Authority.

According to Euro-Med Monitor and the Banat family report, at approximately 3:30 AM today, Thursday, June 24, 2021, a joint security force consisting of 25 members of the Palestinian Intelligence and Preventive Security Service stormed the southern area of Hebron and raided the home of the political opponent Nizar Khalil Muhammad Banat.

They severely beat him with batons while he slept and sprayed him with pepper gas, which caused him to lose consciousness. After he woke up, the security forces arrested Banat naked, assaulted him, and took him to an unknown site. At approximately 6:45 AM, Banat was transferred to Hebron Hospital, where he was declared dead because of injuries sustained during the torture and brutal beatings, amounting to a deliberate assassination.

Later, the Governor of Hebron, "Jibreen Al-Bakri," announced the death of Nizar Banat whilst under the custody of the Palestinian security. The Governor said in a press statement, "Following a subpoena from the Public Prosecution to arrest the citizen Nizar Khalil Muhammad Banat, at dawn today, a force from the security services detained him, during which his health deteriorated, and immediately transferred to the Hebron Governmental Hospital. Subsequently, doctors examined him and declared the citizen dead. The Public Prosecution Office was immediately informed, which attended and proceeded to act under-recognized due process.”

Banat’s family denied the Hebron governor’s statement, stressing that Nizar was violently beaten, and accused the Palestinian security forces of murdering him.

The Euro-Med Monitor indicates that the house of the political opponent, Nizar Banat, a candidate on the "Freedom and Dignity" list in the Palestinian Legislative Council elections – postponed by a decision of the Palestinian President "Mahmoud Abbas" – was exposed to gunfire and tear gas canisters on 1 May amid preparations for the elections. Fortunately, his family survived the accident.

This attack came at the height of incitements and threats against him after the candidate sent a letter to representatives of the European Union in Palestine, declaring its intention to go to the European courts and request the cessation of financial support for the Palestinian Authority due to postponed elections.

The activist Banat was previously subjected to political arrest several times, including the initiation of politicized lawsuits against him due to his strong opposition of the Palestinian Authority's policies and violations of the security services in the West Bank.

The Euro-Med Monitor sees a dangerous development in the level of violations practiced by the Palestinian security services, which have witnessed a remarkable escalation since the cessation of the Israeli military attack on Gaza on May 21.

Around 150 cases of arrests and summonses were recorded on the grounds of a policy related to publication and freedom of opinion and expression. Many activists were subjected to systematic torture, especially in Jericho prison.

The Euro-Med Monitor expresses its fear for the lives of some detainees because of continuous torture methods used by the authorities, including "Abdul Rahman Muhammad al-Bishtawi" who has been detained for four days at the Preventive Security Service in Nablus.

The Euro-Med Monitor stresses that these violations come in a clear context of silencing, threatening and terrorizing activists and opponents, especially after postponing the Palestinian elections. The Palestinians were looking at the elections as a gateway to democratic change and renewal of Palestinian legitimacy.

The Euro-Med Monitor indicates that dozens of activists and members of electoral campaigns have been arrested, subpoenaed or threatened by the Palestinian security services in recent weeks.

The Euro-Med Monitor condemns the killing of Nizar Banat and calls for the opening of a diligent and independent investigation, where all involved in his killing are held accountable, and release of all political detainees and prisoners of conscience.