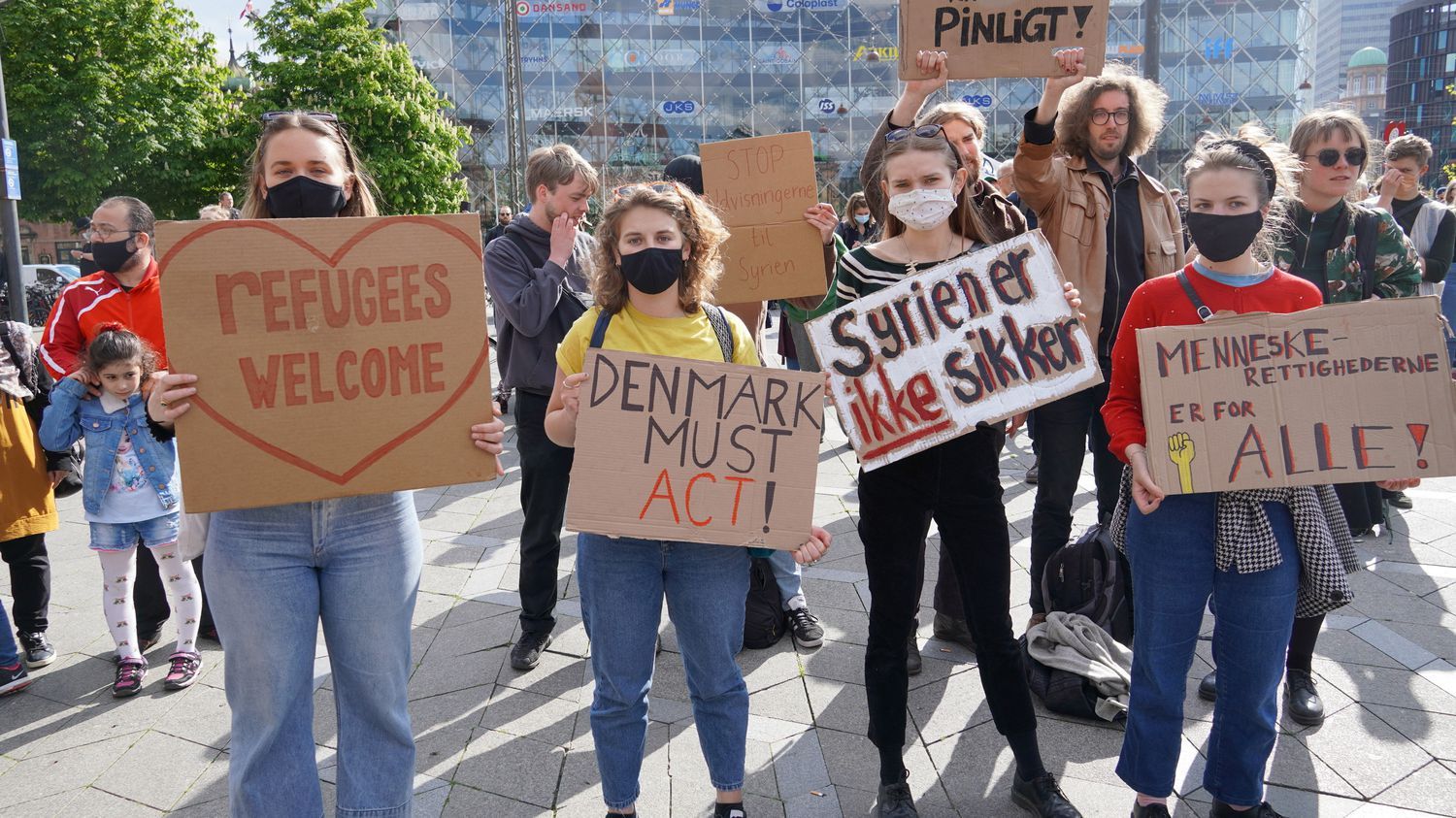 Denmark’s parliament just adopted a law enabling it to deport asylum seekers to yet unknown third countries outside Europe that will process their asylum requests and host them, perpetuating unequal power structures between countries and peoples and jeopardizing migrants’ human rights, EU states’ mutual trust and the international protection system itself.

Despite growing condemnation from the UN and the European Commission, on June 3 Danish lawmakers approved with a strong majority several amendments to the Danish Aliens Act, authorising the transfer of asylum seekers to off-shore processing centres.

An official bilateral agreement with a third country is still lacking but the government says it is in talks with a dozen states and Danish media have already mentioned Egypt, Eritrea and Ethiopia as possibilities. Denmark has signed a memorandum of understanding with the Rwandan government at the end of April covering migration and asylum issues. Although the memorandum is a non-binding agreement, Denmark’s intentions were clearly set out, as the document called for changes to the “unfair and unethical” current asylum system “incentivising dangerous journeys along migratory routes while human traffickers earn fortunes”.

Externalization is often and hypocritically disguised as a life-saving, altruistic, even humanitarian endeavour, rather than framed as it is, a strategy of migration containment and control without regard for the human cost.

The new Danish law itself is based on the false premise that it will provide a humane alternative for seeking asylum, by removing the incentive to undertake dangerous journeys in the hands of human traffickers. “They will stop going to Denmark and putting themselves in a dangerous situation on the Mediterranean Sea and they will stop wasting a lot of money paying like they pay to these smugglers”, said Rasmus Stoklund, a Danish MP and member of the Danish parliament’s Immigration and Integration Committee.

But under the new law, in fact, asylum seekers would still have to reach Danish borders and touch Danish soil to apply for asylum. Then, they would be flown outside Europe to have their cases processed and to possibly obtain protection there, in a still unknown partner country, and not in Denmark.

The reported human rights’ violations and agonies of the terrible journey migrants are forced to undertake by land or sea will continue, no matter their age, country of origin, cause of displacement or health conditions.

Migrants will all continue to routinely risk their lives, to endure dehydration, starvation, arbitrary detention, systematic extortion, sexual abuse and ill-treatment in their attempt to reach Denmark and Europe. And, if such externalization will be realized, they would still have to go through all of this only to be flown to another continent.

Eventually, no asylum seeker will have the possibility to settle in Denmark at all.

The goal is exactly this one: to discourage and negate the very right to seeking asylum, in open breach of the Refugee Convention. These amendments are indeed the latest step of a long series of harsh policies introduced by Denmark to tamp down immigration and Prime Minister Frederiksen has never concealed that Denmark’s ambition is to receive “zero asylum seekers”.

Danish multiple efforts to evade its responsibilities are unacceptable for a state in general, but especially for a wealthy European Member State that, despite being less bound to the EU asylum acquis, is still part of a regional union aimed at developing as a whole and a common space struggling to find joint, sustainable and harmonized solutions to manage migration flows.

On the one hand, this unilateral measure will curtail Member States’ mutual trust and provoke frustration among the frontline countries more affected by large numbers of arrivals due to their geographical position. As Tim Whyte of ActionAid Denmark said, “Denmark is letting its European partners down”.

On the other hand, it may have a disturbing domino effect on all those European states willing to opt out of their responsibilities to discourage migrants from knocking on their doors. EU Commissioner for Home Affairs Ylva Johansson already warned that it could create a “knock-on effect to neighbouring EU countries”.

UK Home Secretary Priti Patel has already opened talks with Denmark over a shared offshore processing centre in a third country in Africa.

On a recent speech setting out the British New Plan for Immigration, Home Secretary Patel framed it just as Denmark did, as a life-saving policy “to stop people risking their lives on dangerous journeys to the UK” and as a security imperative to remove the opportunity for “repugnant gangs to continue to line their pockets”. Yet the narrative against human smugglers in UK has already led to the criminalization of asylum seekers themselves, for instance for steering dinghies in instances where they have been forced to do so.

The detrimental effect of Danish new policy is likely to overstep national and regional borders.

This plan to outsource responsibility may set in motion a gradual disintegration of the already fragile and tense international protection system and encourage an  opposite approach to the Australia’s offshore immigration policy, whose legal foundation repeatedly condemned by human rights’ advocates was recently called into question for the first time also by a court.

Bill Frelick, director of Human Rights Watch's Refugee and Migrant Rights Division, described the new Danish legislation as a “slap in the face” to governments who agreed to “greater responsibility sharing” under the Global Compact on Refugees. Indeed, Danish new asylum policy could boost a ruthless race to the bottom between governments, where success is measured by the reduction of arrivals rather than the level of integration and the physical and mental wellbeing of refugees within the host society.

Charlotte Slente, head of the Danish Refugee Council, said: “If a rich country such as Denmark is not willing to take responsibility, there is a significant risk that countries hosting far larger number of refugees will also opt out and give up on global efforts to find joint and sustainable solutions.”

It is important to keep in mind that almost the 90% of world’s refugees are hosted by the least developed and developing countries like Colombia, Pakistan and Uganda that, despite their limited resources, come forward and uphold their international obligations. Also, the vast majority of refugees from Africa and Asia do not come to Europe, but rather move to countries neighbouring their countries of origin.

Rwanda for instance has been welcoming migrants for over two decades, primarily from neighbouring Congo and Burundi, but, while refugees generally enjoy a favourable protection environment there, most of them remain dependent upon assistance to meet their basic needs. Since sustainable livelihood opportunities for refugees in Rwanda are already scarce, the possibility of significantly increasing the number of people hosted with the asylum seekers that Denmark sends away is likely to fall short of international obligations.

Externalization attempts typically involve the transfer of asylum seekers to less developed countries like Ethiopia and Eritrea, placing disproportionate burdens on nations with fewer resources, forced to seek to ensure the protection and the long-term solutions that richer and healthier countries are not eager to provide.

The idea itself of tamping down immigration by outsourcing responsibility to less developed or less stable countries perpetuates unequal power structures between states as well as people, pushing for containment at all costs and treating people on the move as mere objects that can be marketed and traded as any other commodity.

It is true that, over the past decade, the EU has come up mainly with short-term and highly problematic policies and practices, like keeping people trapped in prison-like hotspots, pushing migrants’ boats back to international waters, criminalizing migrants’ rights defenders and channelling millions of euros to third countries like Turkey and Libya for the direct or indirect containment of people on the move.

Nevertheless, the European Commission has now the chance to shift course, harmonize European asylum law and uphold migrants’ legitimate right to seek and enjoy asylum in Europe as a common space, halting Danish inhuman plans of forced transfer of asylum seekers to third countries where human rights’ safeguards may not be adequate and reminding the Scandinavian country that it is still bound by the Refugee Convention like any other Member State.