One War Older: Israeli violations against children and women during the military attack on Gaza (10 – 21 May 2021) 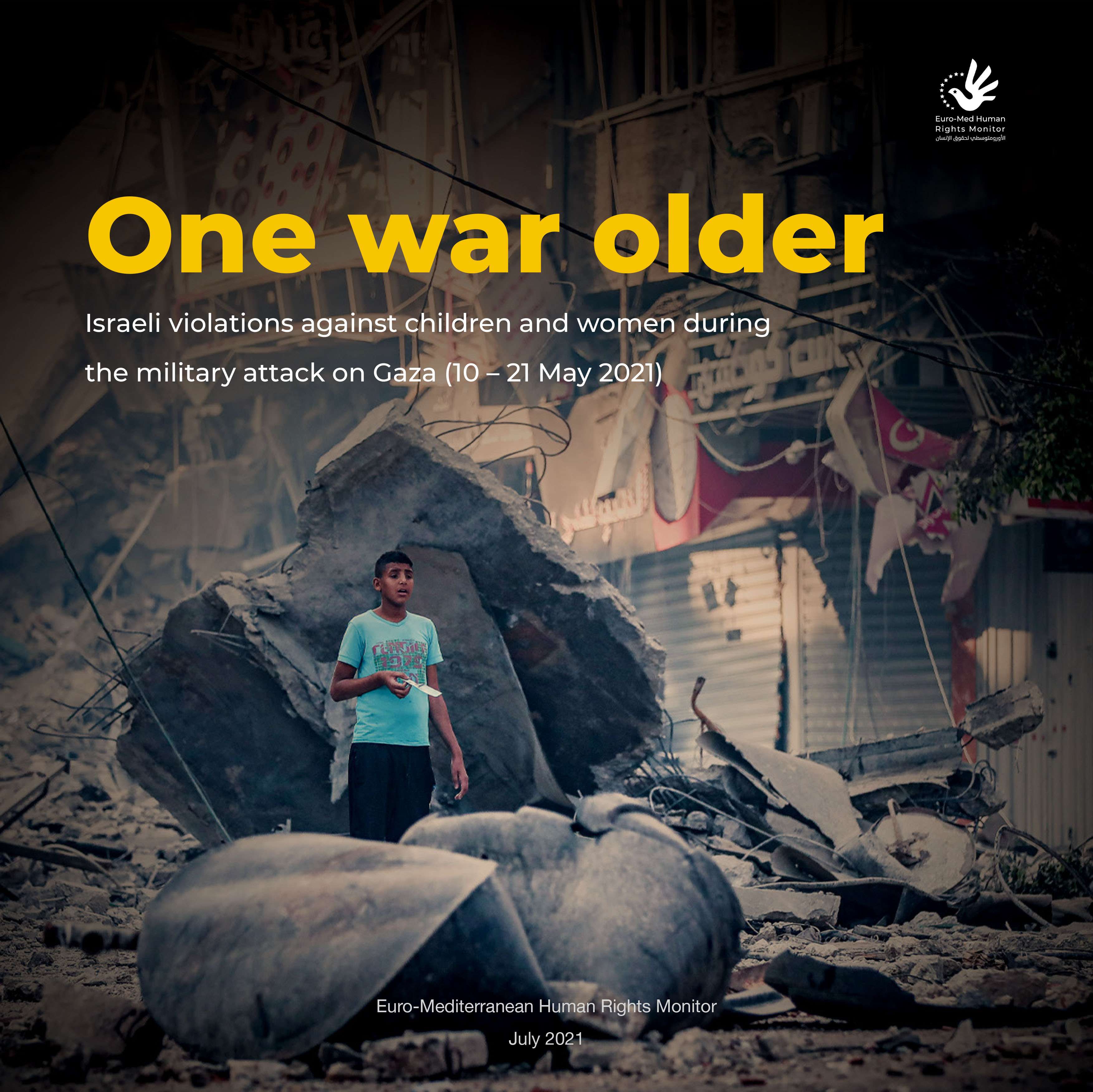 In a new report released today, Euro-Med Monitor  documented the suffering of the two most vulnerable groups in the besieged Strip; women and children. The report, entitled One War Older, said that around 50% of the two million people in the Gaza Strip are children under 15 years, and 49% are female.

The organization indicated that During Operation “Guardian of the Walls” in the Gaza Strip, Israel carried out disproportionate attacks against densely populated residential neighborhoods with the majority (75%) being children and women.

The report comes after more than five weeks of field research by Euro-Med Monitor’s team, which documented hundreds of cases of direct targeting of civilian homes that contained large numbers of women and children in the Gaza Strip.