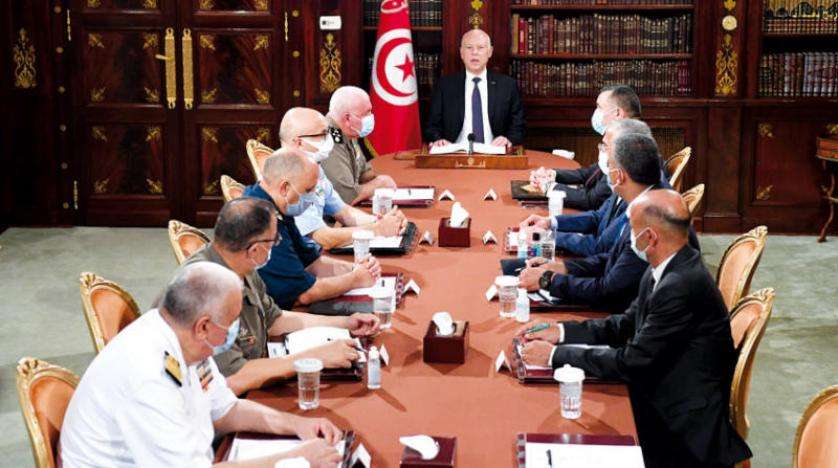 Tunisian President Kais Saied has announced dissolving the government and suspending the Assembly of the Representatives, ending the immunity of deputies, Euro-Mediterranean Human Rights Monitor said in a statement. The action is profoundly worrying, as the president should not monopolize the executive power or disrupt the constitutional institutions.

President Saied's decisions may undermine democracy and destabilize the country, paving the way for the return of the authoritarian rule that Tunisians have struggled over the past years to overthrow and establish a democratic process that guarantees political representation of all forces.

The president’s assuming the executive authority and the Public Prosecution might lead to the disruption of the justice system, leading to the absence of oversight over security forces practices, especially against political activists, journalists, and human rights defenders.

Saied justified his actions under Article 80 of the Tunisian Constitution, which states that “In the event of imminent danger threatening the nation’s institutions or the security or independence of the country, and hampering the normal functioning of the state, the President of the Republic may take any measures necessitated by the exceptional circumstances, after consultation with the Head of Government and the Speaker of the Assembly of the Representatives of the People and informing the President of the Constitutional Court”.

The country’s situation does not necessitate exceptional measures according to the constitution, and the president did not consult with the Speaker of the Assembly of the Representatives of the People, who issued a statement describing the president's actions as “a coup against the revolution and the constitution”. This means that there has been an abuse of the constitution.

Euro-Med Monitor’s team has received reports that a Tunisian army force prevented the Speaker of the Assembly of the Representatives of the People Rached Ghannouchi and other deputies from entering the parliament -- a dangerous use of the military to impose a new fait accompli.

Chairman of Euro-Med Monitor Ramy Abdu said: “The Tunisian president's decisions are an apostasy from the democratic path, and a confiscation of the votes of millions of Tunisians who chose their representatives in the Assembly of the Representatives within a fair democratic process”.

Abdu added that the concentration of power in the hands of one person opens the door to disrupting the constitution and allows the security apparatus to target opponents and restrict manifestations of political pluralism.

Some Tunisian political blocs have called on people to take the streets, reject the president’s decisions while maintaining peace, and not be drawn into any violent reactions, including the security forces, which should respect the right to peaceful protest, and refrain from using any violent methods against the protesters.

President Saied should review his decisions and launch a comprehensive national dialogue to reach consensual solutions away from the abuse of the constitution and power.