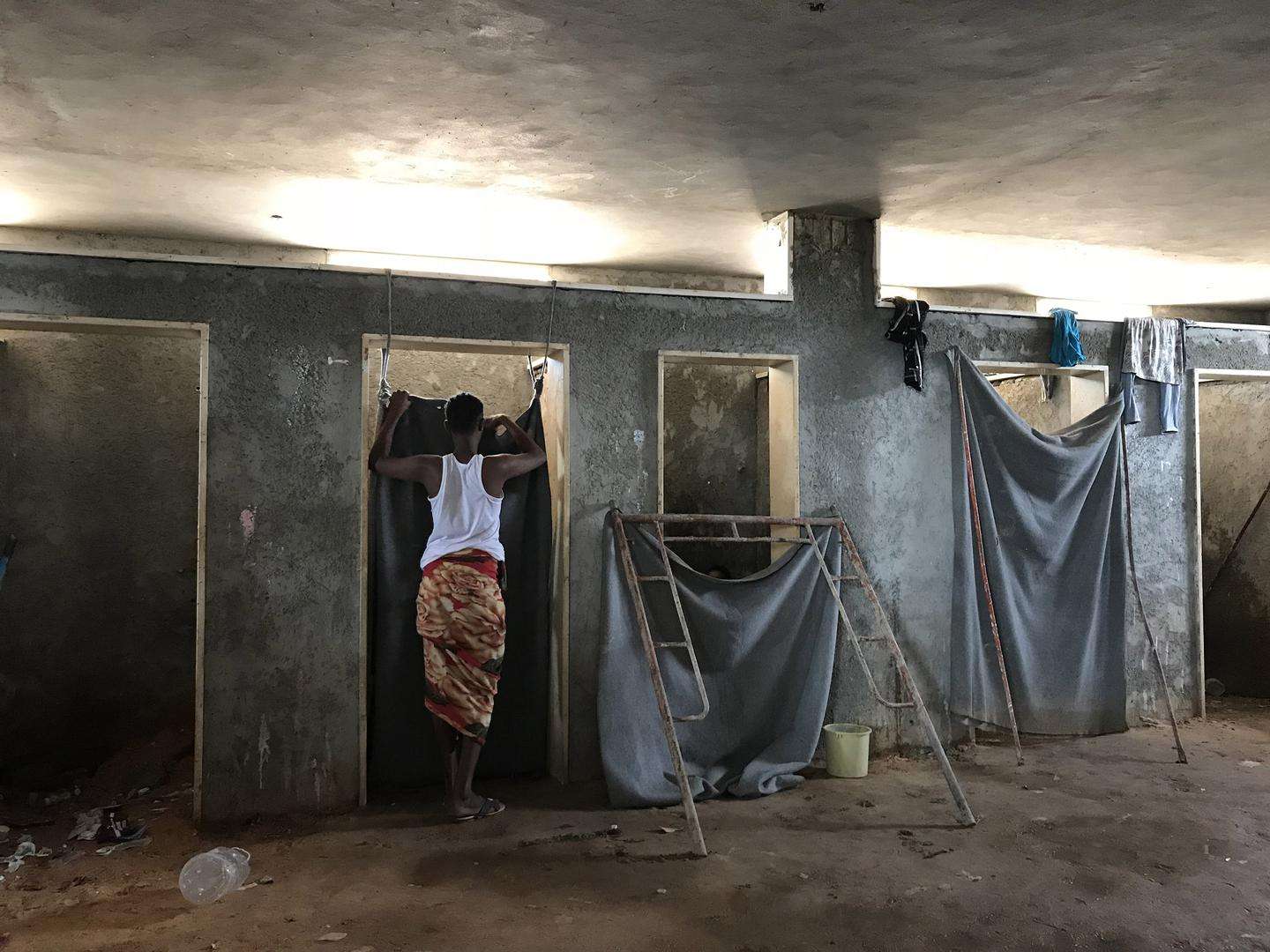 Geneva – The Libyan authorities have been holding hundreds of Moroccan migrants for months in inhumane conditions of detention without legal justification, Euro-Mediterranean Human Rights Monitor said today in a statement.

The prisons and detention centers’ administration fail to provide the detained with health care (especially those with COVID-19), sufficient quantities of food, or clean drinking water. In addition, infectious diseases spread on a large scale among the detainees due to the unhealthy environment.

Euro-Med Monitor gathered testimonies from more than 80 families of those migrants.

Al-Aweni Muhammad told Euro-Med Monitor that his son Mustafa, 23, “left Morocco on March 26 for Oujda city, and then to Libya, where he was detained on April 22 at a Libyan border guards checkpoint in the Ghadames region, in the west of the country.

“He called us to inform us that he was being held in the Al-Daraj detention center along with many other Moroccan migrants. He described the conditions as very difficult in terms of lack of food, water, and hygiene, as well as the outbreak of the Coronavirus among the detainees.

“My son was not subjected to a trial or due legal procedure. We received information that the Libyan authorities intend to deport them, but they are waiting for a real move from the Moroccan Ministry of Foreign Affairs to transfer the detainees from Libya to Morocco.”

Most of the migrants who are detained cross the Moroccan border, reach Libya by land, and then the migration journey begins across the Mediterranean towards the Italian coasts, with the coordination and assistance of smugglers inside Libya.

Migrants leave Morocco without any identification papers, thinking that this will help them obtain asylum upon their arrival to the Italian coast.

Euro-Med Monitor contacted a number of Libyan official authorities regarding the conditions of Moroccan migrants detained in Libya, but the authorities have not responded.

The families of Moroccan migrants detained in Libya have organized five vigils outside the headquarters of the Ministry of Foreign Affairs in the capital Rabat, demanding intervention to release their children. Moroccan officials promised the families to resolve the issue, but the movements in this regard are still limited and do not reflect serious intentions to resolve the crisis once and for all.

In another testimony, Lamouri Radwan, told Euro-Med Monitor that his son, Hamza, had left Morocco on June 7 towards Oujda city to cross from there to Libya. He said that his son informed him by phone on July 6 that he will set out from the Libyan coast towards Italy on a boat by smugglers.

"On July 7, I received the worst call in my life. My son, Hamza, told me that the boat he was on with 19 other migrants capsized at sea, and no one was able to return to land except Hamza and another person,” Lamouri said. “Then contact with him was lost until July 13, when he told us that he was in Melita prison in the Libyan city of Zuwara. We were shocked during the call with the news of the death of two of his friends, Hamza Kershan and Hamza Ait Majnid. He learned about this when the Libyan authorities asked him to identify the bodies of his friends.”

He added, "Last Tuesday, the Libyan authorities released my son, and he is now staying with a friendly family in Libya, but we do not know a way for him to return to Morocco because he does not have a passport or any identification papers.”

For his part, legal researcher at Euro-Med Monitor, Youssef Salem, said, “The responsibility to preserve the lives of these detainees lies with both the Libyan and Moroccan governments.”

“The Libyan government is obligated in accordance with relevant international conventions and norms to treat these detainees with dignity, provide them with adequate shelter, and enable them to obtain their basic rights. As for the Moroccan government, it should work to protect its nationals in Libya, and to ensure their humanitarian and legal conditions,” he said.

The Libyan government should release Moroccan migrants in its custody, stop violating their rights in official detention centers, provide health care to those in dire need, especially COVID-19 patients, and provide preventive and safety measures in all prisons and detention centers.

The Moroccan government should exert greater and more serious efforts with respect to Moroccan migrants detained in Libya, and cooperate actively with the Libyan authorities to end the suffering of hundreds of families who are always worried about the fate of their children.