What’s ahead for Palestine in 2022 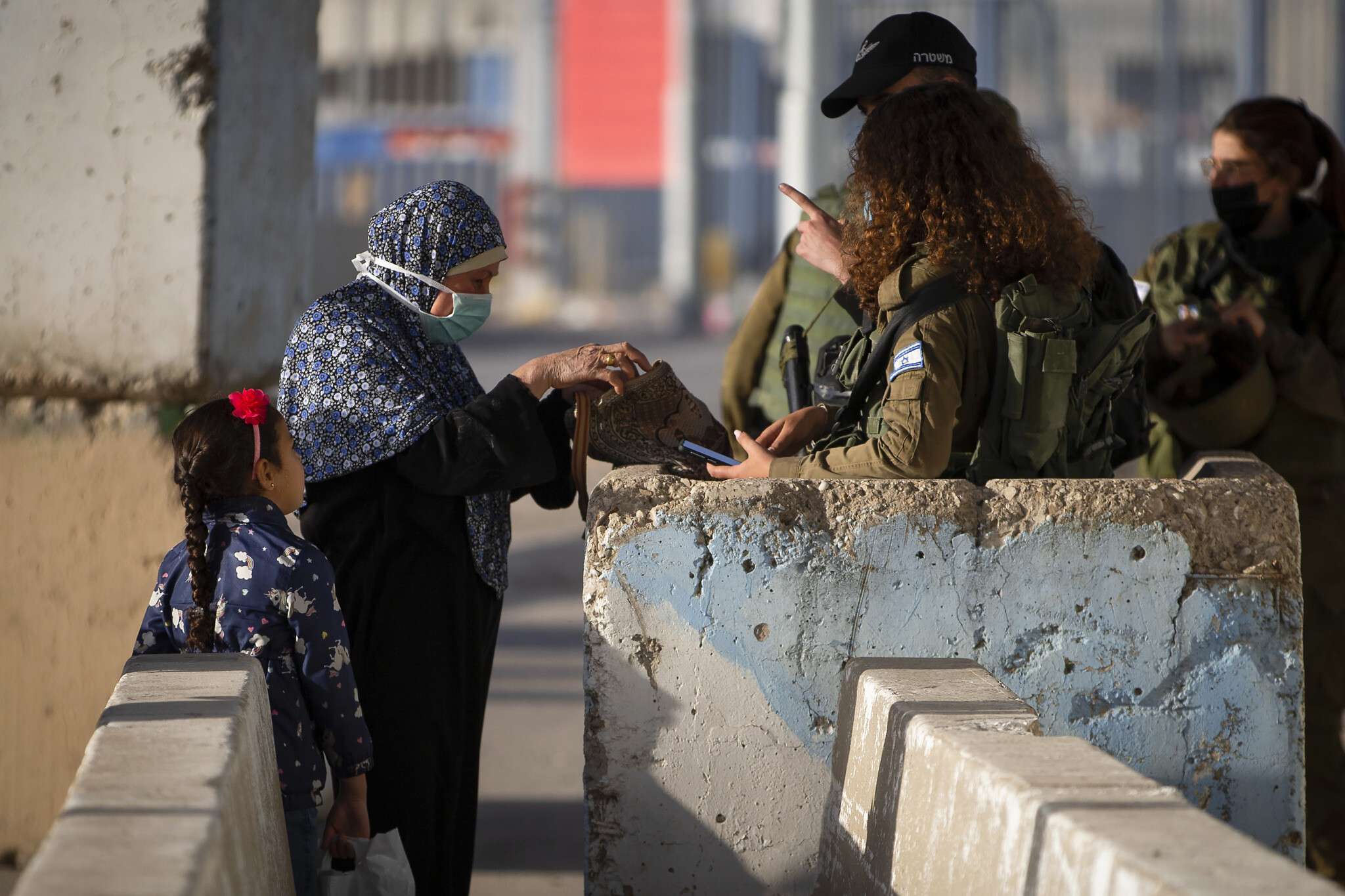 Even before COVID people everywhere were living at a time of great complexity, uncertainty, and confusion. The future is always opaque when it comes to predictions other than near-term projections of current trends, which often turn out to miss occurrences that shatter mainstream expectations. For the Middle East, even modest predictions are often upset by a sudden swerve of events, and in relation to the Israel/Palestine struggle even more so. Putting aside this disclaimer, there are some expectations about 2022 that are worth expressing and sharing.

To begin with, we will witness a growing awareness that traditional diplomacy will not bring stability, much less peace with justice to this struggle that has gone on for more than a century. 2022 is likely going to experience an overdue funeral that finally pronounces the death of Oslo Diplomacy along with its reliance on direct negotiations between the two sides and supposed to end with the establishment of a sovereign Palestine. Throughout the process the U.S. was cast in the role of neutral intermediary, sometimes half ironically identified as ‘honest broker.’ This might have seemed plausible enough in Netflix TV series, but in the real world Oslo from the outset set a trap for the Palestinians, served as an expansionist opportunity for the Israelis, and continued to allow Washington to persist in its theater role of projecting a false sense of good will to all, a peacemaker rather than a geopolitical manager.

It has by now dawned on everyone with even half open eyes that the political leaders of Israel don’t want a political compromise of the sort embedded in the Oslo process even, as was assume, its contours would lean heavily in Israel’s favor. Israeli has long shrugged off international pressures to comply with international law or to pretend support for a peace process guided from Washington. It is evident that Israel has for some years felt confident enough to stop pretending that it supports a diplomatically arranged solution. No foreseeable surge of Palestinian armed resistance is perceived as posing much of a threat, especially as neighboring Arab regimes have become distracted or detached from the conflict, with some governments displaying a willingness to accept normal diplomatic relations and join openly with Israel in confronting Iran.

This image of dead-end diplomacy when it comes to Palestine is reinforced by the U.S. posture post-Trump. On the one side, the Biden presidency has signaled that it will not challenge Trump’s signature moves, including relocating the U.S. Embassy in Jerusalem, confirming Israeli sovereignty over the Golan Heights, endorsing the ‘Normalization Accords’ and even actively promoting their expansion, capped by reassurances to Israel that it will collaborate regionally, especially when it comes to Iran. At the same time, Biden seeks to appear moderate in tone, which explains Washington’s renewal of public avowal of support for a two-state solution and the issuance of mild rebukes when Israel uses excessive violence against Palestinian civilians or moves to expand Jewish settlements in the West Bank. I would suppose that even Biden realizes that the two-state solution has long been a Zombie fix that allows Israel to let the unresolved conflict with the Palestinians continue indefinitely while verbally holding onto a commitment that includes acknowledging a Palestinian right of self-determination. In this sense, the best guess is that when it comes to substance Biden will go along with Trump’s, while adopting a public stance that is less shrilly partisan than was his predecessor in the White House. As matters now stand the Biden presidency is weak, unable to push forward its domestic agenda, which has disappointed the American public, tanking Biden’s approval ratings. Under these circumstances, the last thing Biden wants in 2022 is even the mildest break with Israel of the sort that occurred toward the end of the Obama presidency. The fear of Israeli wrath knows no bounds when it comes to mainstream American politicians.

At the international level, it seems likely that no meaningful additional pressure will be placed on Israel to seek a sustainable peace or even to uphold its obligations under international humanitarian law in the Occupied Palestinian Territories. The UN Human Rights Council will continue to issue reports critical of Israel’s behavior and Israel will continue to disregard the basic human rights of Palestinians living under occupation, and suffer no adverse consequences for doing so, and yet hysterically complain about Israel-bashing at the UN. The General Assembly will pass more resolutions in 2022 condemning Israel’s policies, and calling for censure and possibly an arms embargo, but nothing will happen except that UN will stand further accused, with implications that Jews are once again the victims of anti-Semitism. The only internationalist hope is that the International Criminal Court (ICC) will proceed next year with its investigations of Israeli flagrant violations of international criminal law since 2014, but this is a slender reed. The ICC has a new UK prosecutor who is thought to be receptive to US/Israeli opposition with going forward, and may prove susceptible to strong back channel geopolitical efforts to induce the ICC to drop the case. He has certainly taken his time to announce plans to carry forward the investigatory process. In my view there is less than a 50/50 chance that even should investigation be resumed, it will be allowed to reach the indictment stage despite overwhelming evidence of Israeli criminality. However, if the ICC jumps ship altogether, it will likely provoke widespread outrage, encouraging Palestinian resistance and global solidarity.

In my view, the most notable developments in 2022 will flow from the impacts of disillusionment with any hope that constructive action can follow from the peace diplomacy of the past or new UN pressures. Palestinian resistance will continue to send signals to the world that the struggle goes on no matter how hard Israel works to convince the public opinion that it has prevailed in the struggle, and that the best that the Palestinians can hope for are economic benefits to be bestowed following a Palestinian political surrender in the form of an acceptance of Israel as a Jewish state along with a pledge not to oppose Zionist Ambitions to conquer what remains of the ‘promised land.’ In other words, the year ahead will likely announce to the world that Israel is opting for a one-state unilateral solution based on Jewish supremacy along with a Palestinian refusal to swallow such toxic Kool Aid.

Given this line of thinking, the most encouraging development for the Palestinians in the year ahead is in the symbolic domain of politics, what I have previously called the Legitimacy War dimensions of political conflict. It is here the Palestinians are winning even in America, especially among younger Jews, along with some signs that the bipartisan consensus in the U.S. Congress is splintering, at least at the edges.

We all need to keep reminding ourselves of four salient features of the present context: (1) the Palestinians are fighting an anti-colonial war against an apartheid government in Israel; (2) the major anti-colonial wars have been won, not by the stronger side militarily, but by the winner of the Legitimacy War as the U.S. discovered in Vietnam, and more recently in Iraq and Afghanistan; (3) as Israel is a settler colonial state with racist overtones, such struggles should be understood as the most vicious and pronounced and more difficult to bring to an end than ordinary anti-colonial wars; (4) the Palestinians will be increasing seen by the informed global public and media as winning the Legitimacy War; this impression will  be supported by continued fact-finding at the UN and possibly by further engagement on the part of the ICC.

2022 will in all likelihood not bear witness to any transformative event bearing on Palestinian prospects for achieving their basic rights, but the anticipated shift from investing false hopes in inter-governmental diplomacy to civil society activism will become better understood, giving rise to patterns of stronger non-violent solidarity efforts. The analogies to apartheid South Africa is becoming more widely appreciated. This makes South Africa’s alignment with the Palestinian struggle by its support of BDS, advocacy of an arms embargo, and other initiatives has great symbolic significance during the year ahead in relation to the all-important Legitimacy War. Israel’s attempt of a few months ago to destroy the vitality and funding base of Palestinian civil society by branding six leading human rights NGOs as ‘terrorist’ entities should be seen as not only a severe violation of its obligations as Occupying Power under the Geneva Conventions, but more significantly as a desperate sign of weakness in the ongoing Legitimacy War.