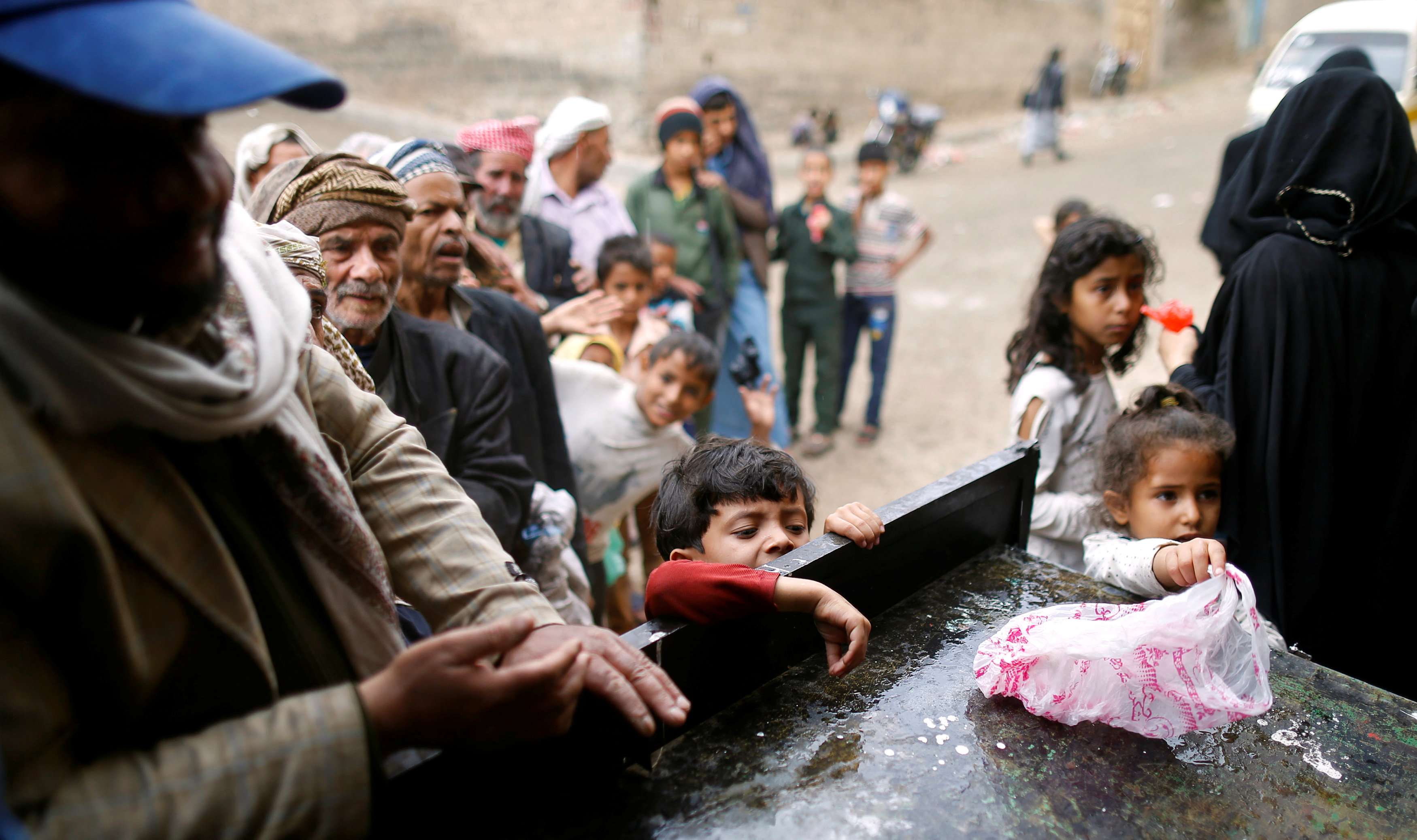 Geneva – The parties to the conflict in Yemen should accept the UN envoy's initiative for a ceasefire during the next month, in preparation for further talks end the seven-year fight and difficult humanitarian situation in the country, Euro-Med Human Rights Monitor said Thursday in a statement.

As the conflict is about to enter its eighth year, the resulting humanitarian crisis in Yemen has unprecedently deteriorated. The continuation of the fighting means a worse situation and more famine threatening the lives of millions, especially in light of the funding crunch afflicting relief organizations operating in Yemen.

March 16's donors' conference succeeded in collecting pledges of about $1.3 billion out of the $4.3 billion needed for the humanitarian response operations. UN Secretary-General Antonio Guterres stated that the "funding crunch risks catastrophe.  In recent months, we have been forced to scale back or close around two-thirds of lifesaving programmes. Food rations have just been reduced for 8 million people, with devastating consequences."

Yemen would be among the most affected if there is a disruption in supply chains and food supply due to the war in Ukraine, especially with 16 million people in the country at the brink of starvation, according to a statement by the Executive Director of the World Food Program last September.

With people needing humanitarian assistance reaching more than 20.7 million, of whom about 19 million suffer from food insecurity—according to the World Food Program—the cessation of the military operations is required now more than ever.

Since March 2015, Yemen has been witnessing an armed conflict between the Yemeni government forces backed by the Saudi-led Arab coalition, and the Houthi group, which has been controlling the capital, Sanaa, and several other governorates since September 2014. About 377,000 people have died directly or indirectly due to the conflict, more than 4.2 million people have been displaced, and most of the population has become dependent on humanitarian aid to survive.

The worsening humanitarian crisis coincided with the escalation of military operations, as the country has witnessed an increase in fighting since the beginning of this year. This has caused the death and injury of hundreds of civilians, including 47 children, and the displacement of more than 23,000 others, in addition to the destruction of dozens of homes and civilian facilities.

The conflict has particularly affected the most vulnerable groups in Yemen. The UN estimates that about 10,200 children have been killed and injured during the past seven years. And about 11.3 million children need humanitarian assistance to survive, while 2.3 million children suffer from severe acute malnutrition. In addition, more than 10 million children and nearly 5 million women need necessary health services.

The population is also suffering from a major water crisis, as the water pipe network covers only 30% of the population. More than 15 million people are forced to resort to costly and time-consuming methods to obtain sufficient water, according to the International Committee of the Red Cross.

Youssef Salem, legal researcher at Euro-Med Monitor, said: "The fact that the parties to the conflict continue to ignore all calls to stop the violence reflects their irresponsibility towards the acute humanitarian crisis in Yemen. The UN relevant agencies should take bold decisions to force all parties to stop the fighting, and hold those who do not care about the suffering of millions of Yemenis to account."

All parties should accept the initiative of the UN envoy, Hans Grundberg, to stop the fighting during the month of Ramadan and engage in negotiations that would lead to a political solution and put an end to the worst humanitarian crisis in the world.

The international community should fulfill its obligations and intensify financial support to humanitarian response efforts in Yemen and ensure that crises arising in other regions would not affect funding plans and relief efforts in the country.