'We Have to Hide Who We Are': Euro-Med Monitor's report documents targeting of journalists by de facto Sudanese authorities 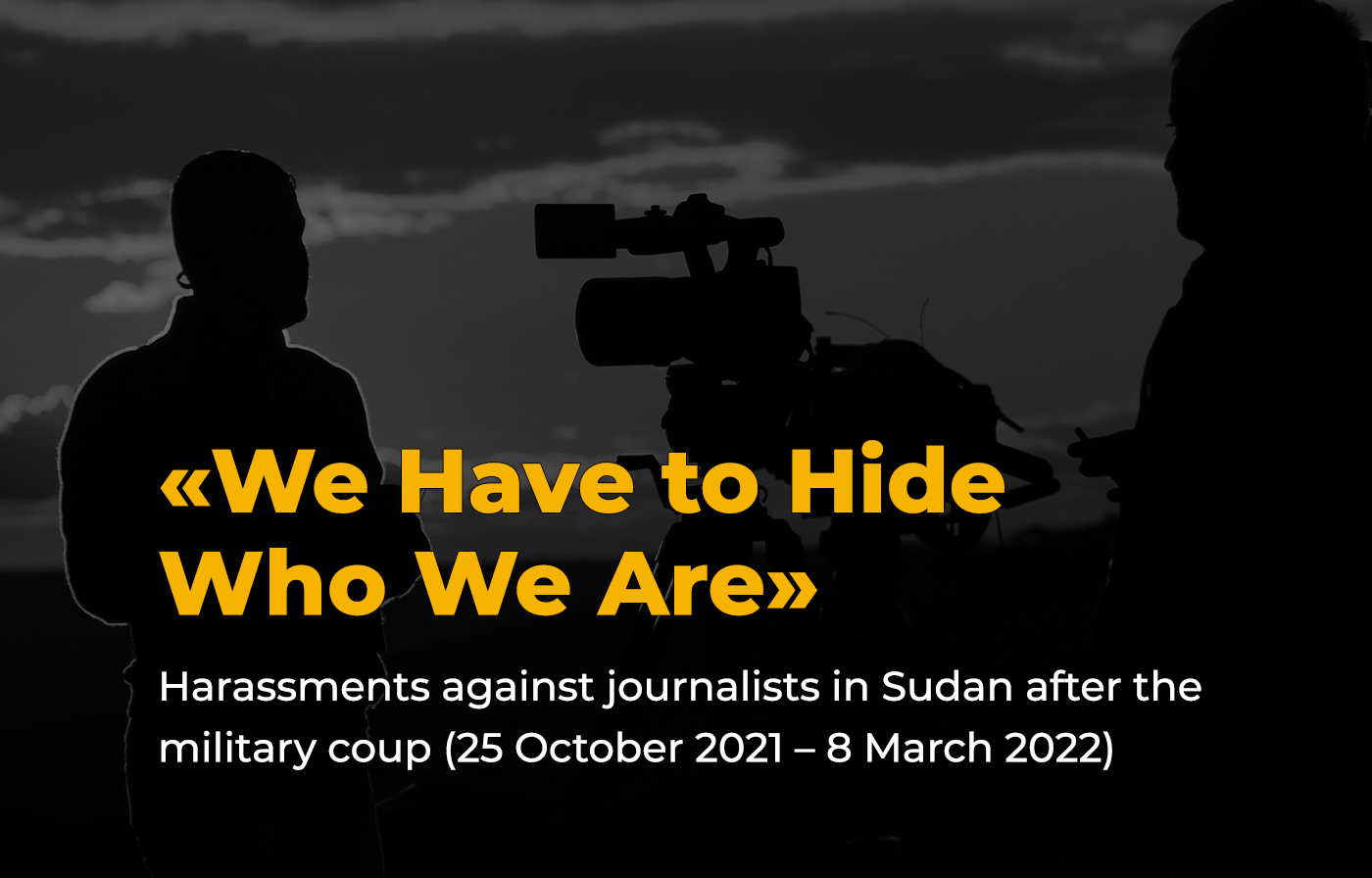 In a report titled “We Have to Hide Who We Are", Euro-Med Monitor said security services carried out 55 attacks against journalists and media outlets in Sudan between October 2021 and March 2022. These attacks included arbitrary detention, harassment, the storming and closing of media offices, and physical and psychological assaults.

Based on dozens of journalists' testimonies, the report indicates that the media sector in Sudan has suffered serious setbacks under the new regime. Since the coup, authorities have imposed strict restrictions on freedom of expression, exerted complete control over the communications sector by cutting off access to the Internet, and enacted punitive measures against outlets that covered the widespread protests amid ongoing massive human rights violations.

Sudanese authorities shut down at least 36 local radio stations in the two weeks between 25 October and 10 November 2021, due to these stations’ coverage of popular protests.

Since the media exposes rights violations (including the killing of 92 protesters and the wounding of hundreds more as of 26 March 2022, according to the Sudan Doctors Committee), de facto authorities in Sudan apparently aim to suppress journalistic work by blocking media coverage of protests against military rule.

Sudanese authorities blatantly violate the constitution—as well as relevant international conventions and agreements—with regard to freedom of the press and other media. Moreover, they protect perpetrators by disabling legal tools and controlling key judicial and regulatory entities.

“It seems that it came to the security forces’ attention [on 30 December 2021] that we were broadcasting live footage of the protests,” Al-Hadath TV channel correspondent Lina Yaqoub Bagh told Euro-Med Monitor. " They came to the building where the channel’s office is located and beat the photographers and producers in the office.

"Then, when the security forces recognized my identity, they took me [and] a colleague who was trying to protect me out of the building and beat us in the street. They said we were bringing shame to them and shouted at us with many insults. This attack left a number of colleagues injured, one of whom was moderately wounded. The SNG broadcasting device was destroyed. They also confiscated my Thuraya device and three other phones."

Euro-Med Monitor's Chief Media Officer, Nour Olwan, said: "The violent campaign on press freedom in Sudan after the military coup clearly reflects the determination of the de facto authority to fight all voices that may oppose it or expose its violations and demonstrate the validity and legitimacy of the concerns raised about freedoms after the military coup."

Olwan added that report data confirm Sudan’s targeting the press is deliberate and organized policy and not isolated instances. The data also highlight the importance of an independent press in exposing human rights violators.

An independent and impartial investigation should be opened into all attacks on journalists and press entities, including physical assaults and arbitrary detentions. Those responsible for storming press institutions should be brought to justice.

The de facto authority must immediately release all journalists detained arbitrarily, rescind the withdrawal of press accreditations, stop obstructing their work, return confiscated equipment, compensate the owners of equipment that was destroyed, cease arbitrary control of Internet services, and respect the right to obtain information.