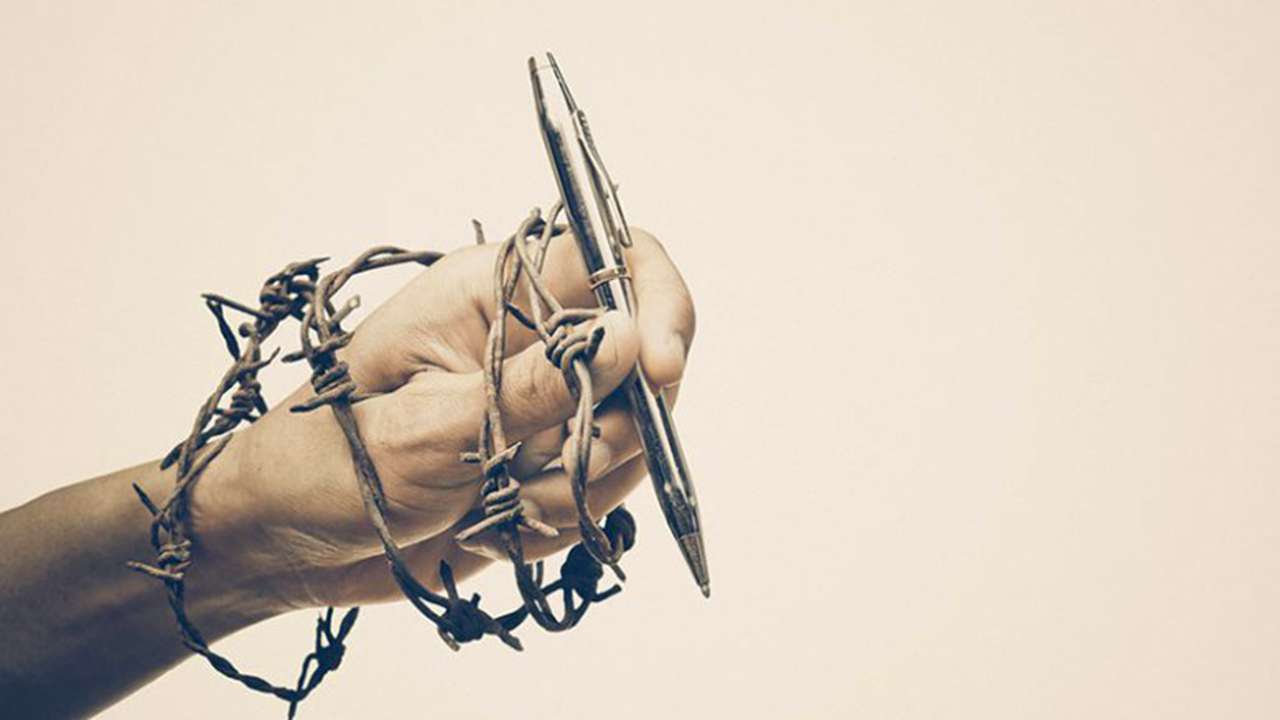 Geneva – Tunisian security forces have begun to tighten the screws on journalistic work in the country, and journalists are more afraid than ever of being subjected to arbitrary measures for practicing their legitimate work, Euro-Med Human Rights Monitor said in a statement.

Tunisian journalists told Euro-Med Monitor that they received information that they might be targeted by the security forces because they covered the political crisis in the country, especially events related to the opposition of President Kais Saied's policies.

These threats came after some local media outlets transmitted a virtual session held by the Assembly of the Representatives of the People of Tunisia (the parliament) on Wednesday, in which they voted to cancel the exceptional measures imposed by the president in July last year.

The journalists' allegations came hours after the president publicly criticized these outlets, indicating an official decision to restrict the freedom of journalistic work in the country for illegal reasons.

The editor-in-chief of the Tunigate newspaper, Wejdan Bouabdallah, told Euro-Med Monitor: "Since 25 July 2021, we have received explicit threats, whether sent to our personal social media accounts or while on duty. Despite wearing the press badge and covering the demonstrations supporting the president as well, our team was harassed anyway."

"We did not commit any crime when we transmitted the parliament session. I hold Kais Saied responsible for the safety of my team and other journalists and correspondents in the country. We cover all points of view, and we work legally according to the requirements of the Tunisian constitution. Neither President Saied nor any other official authorities have the right to restrict our work or punish us because of what we cover."

"Without exaggeration, the press sector has been the most affected during the past months in Tunisia. All the gains that we achieved after the revolution, which is the outcome of generations of struggle, have diminished. Tunisia has become unsuitable for journalistic work, especially after the president's threats to the media yesterday."

The Tunisian constitution clearly guarantees freedom of media and publication. Article 31 states: "Freedom of opinion, thought, expression, information, and publication shall be guaranteed. These freedoms shall not be subject to prior censorship."

Chairman of Euro-Med Monitor, Ramy Abdu, said: "It is unfortunate that we see the authorities now resort to ways that we thought Tunisia had gotten past. We express our full solidarity with all journalists and media outlets targeted by campaigns of incitement and threats simply because they are doing their duty of conveying the truth."

President Kais Saied should stop inciting against the media and be held responsible for any security attack against journalists in Tunisia since the current tensions in the country make a fertile environment for attacks on freedoms and infringing on rights guaranteed by the constitution.

There has been a sharp deterioration in freedoms in Tunisia since President Saied announced his exceptional measures last year, which affected the independence of the judiciary, almost abolished the legislative authority, and concentrated all powers in his hands.

On Tuesday, Saied issued a decision to dissolve the Assembly of the Representatives of the People, in a dangerous escalation that would further complicate the ongoing crisis.