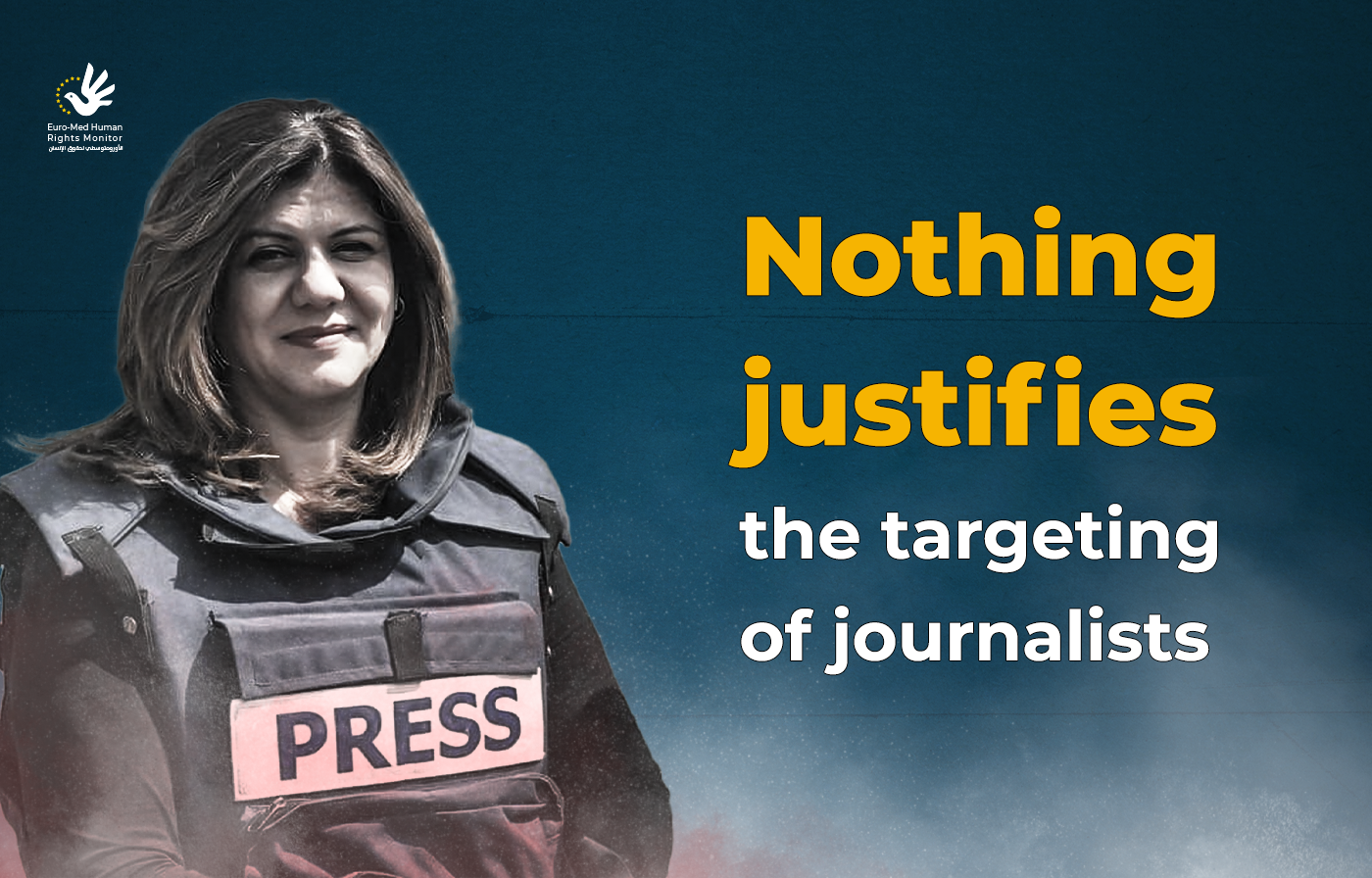 Abu Akleh, 50, was killed by a bullet in the head during her fieldwork, despite wearing a press vest that clearly distinguished her from others in the area.

Euro-Med Monitor's preliminary investigations indicate Abu Akleh was killed by an Israeli bullet that hit her below the ear, the only area unprotected by the press helmet she was wearing.

Eyewitnesses stated that at about 6:30 a.m., a vehicle carrying a group of journalists arrived at a roundabout in Jenin camp to cover the Israeli army’s raid. Israeli army forces were deployed, and army snipers climbed onto the roofs of houses in the camp.

Journalist Abu Akleh got out of the vehicle and took several steps before the "Israeli snipers shot her with a live bullet below the ear, specifically in the only area not covered by the helmet," according to an eyewitness.

The Israeli army may have deliberately shot her in a lethal area, given the nature of the injury. The soldiers continued to shoot at anyone who tried to approach her, which hindered the delivery of crucial first aid for several minutes.

Journalist Ali Smoudi was also hit with a live bullet in the back and was taken to the hospital in moderate condition.

Journalist Mujahid Al-Saadi, who was present at the scene of the incident, said: " I gathered with my fellow journalists, not far from a group of Israeli army soldiers, wearing press vests. A colleague and I advanced a little to show ourselves. When we arrived in front of a factory, there was a shooting, so I took a wall as a cover. The shooting continued, and I noticed that Shirin was shot below her ear, and everyone who tried to reach her was shot at. I was behind the wall, and she was taking cover on the other side. Our colleague Ali was wounded but managed to quickly escape from the Israeli sniper's range."

The Palestinian Ministry of Health said that Abu Akleh was suffering from a critical injury due to a bullet to the head. Shortly after that, they announced that she had died of her injury.

An immediate and independent investigation should be opened into the killing of journalist Abu Akleh to hold those involved accountable and put an end to the systematic Israeli targeting of journalistic work in the Palestinian territories.