Morocco: Investigate the killing of dozens of migrants during Melilla crossing 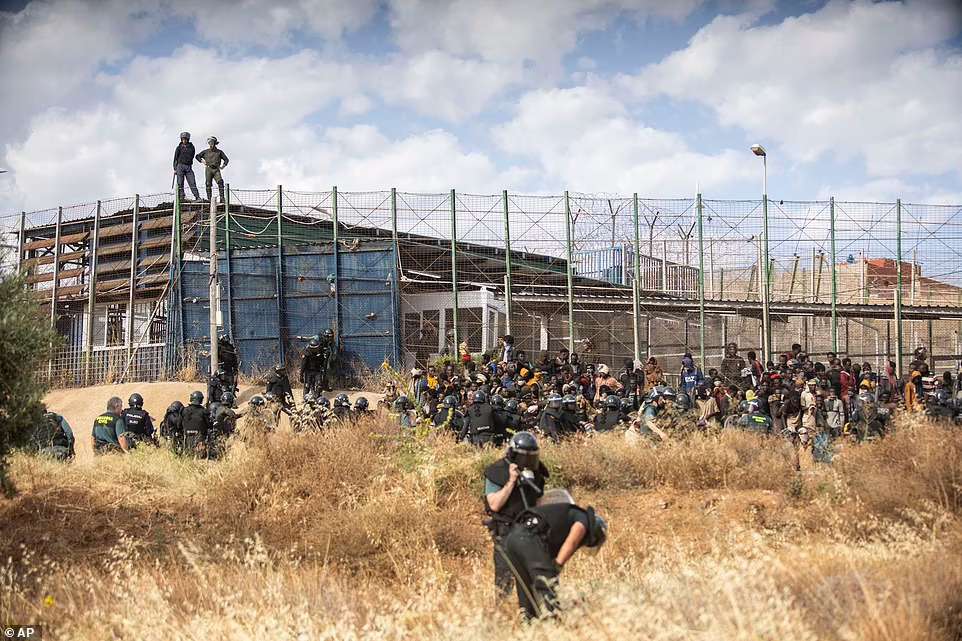 Geneva - At least 18 migrants and asylum seekers have been killed and dozens of others injured after Moroccan security forces used excessive force against them while trying to cross into the Melilla enclave, Euro-Med Human Rights Monitor said in a statement expressing strong condemnation.

The Moroccan security forces carried out violent pushbacks against hundreds of African migrants and asylum seekers as they tried to cross the border to the Spanish city of Melilla on Friday morning.

While some managed to bypass the checkpoints and reach the area, Moroccan security forces intervened violently to prevent more from crossing, leading to violent clashes.

As a result, at least 18 migrants died, five of them instantly, according to the Moroccan authorities. Other reports indicated that the death toll exceeded 18, in addition to the injury of some policemen. The death toll of migrants and asylum seekers is likely to rise, as some migrants suffered serious injuries while authorities failed to provide them with proper medical assistance.

Euro-Med Monitor viewed photos and videos showing the Moroccan security forces arresting hundreds of migrants and asylum seekers inhumanely. They attacked and gathered them in small areas on the ground and did not provide medical assistance to many of the wounded.

The videos showed the security forces' inhumane treatment of the dead bodies of migrants lying on the ground, in a manner that violates the dignity of the dead and the legal and moral obligations of law enforcement officials.

Pushed by poverty and conflict to risk their lives on the way to Europe, most migrants and asylum seekers who tried to storm Melilla are from Sudan and sub-Saharan countries.

A source close to the security forces said some victims died from a stampede, and others died because they fell from the iron fence that separates the Spanish enclave from Moroccan territory. He also accused the migrants of using very violent means to storm the enclave.

Morocco’s violent handling of migrants comes within the framework of its coordination with the Spanish authorities, as the two sides work to prevent the movement of migrants and manage migration as a matter of security, without regard to humanitarian standards and moral obligations.

This incident is an extension of the suffering of migrants and asylum seekers trying to reach Europe through Morocco, as the authorities pursue arbitrary policies against them in violation of relevant international laws and agreements.

An urgent and independent investigation should be opened into the incident. The burial of the victims should be postponed until they are presented to the competent medical authorities to determine the true causes of death. And all those involved in the violence against migrants and asylum seekers and their inhumane treatment should be held accountable.

The Moroccan authorities should reconsider their abusive policies against migrants and asylum seekers and abide by the rules of international law and relevant human rights charters, including the 1951 Refugee Convention and its 1967 protocol, the Convention against Torture and Other Cruel, Inhuman or Degrading Treatment or Punishment of 1984, to which Morocco is a party, and the 2011 Moroccan constitution, which guarantees the protection of the right to life and physical integrity of all persons, including citizens and migrants.