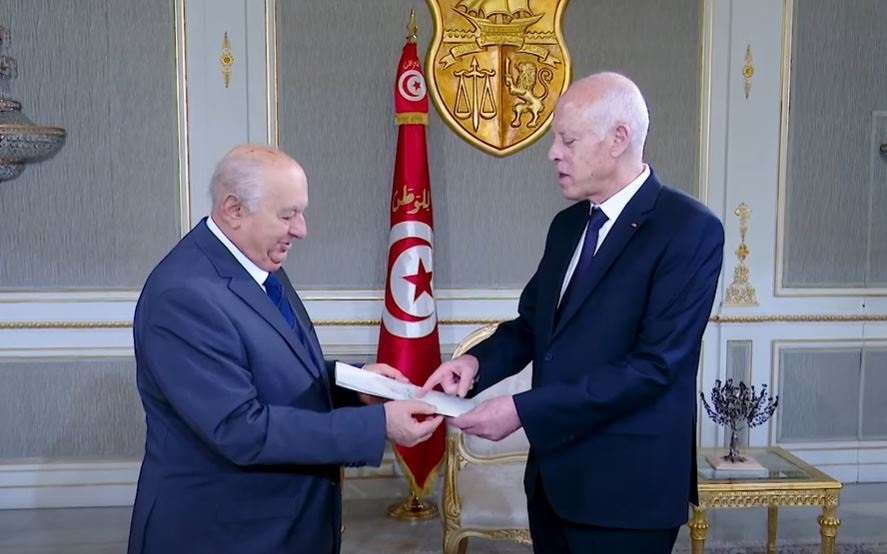 Geneva – The new Tunisian draft constitution tampers with the democratic foundations of the state and opens the door wide for the establishment of a totalitarian regime, Euro-Med Human Rights Monitor said Sunday in a statement.

Published in the Official Gazette last Thursday, the draft constitution grants the President of the Republic broad executive and legislative powers, reduces the powers of the relevant public institutions, and eliminates the possibility of questioning or holding him accountable for his actions within the framework of his job.

Meanwhile, Sadiq Belaid, head of the National Consultative Commission for a New Republic and commissioned by President Kais Saied to prepare the draft, said that the draft published in the Official Gazette is different from what the commission presented to the president on 20 June and that the one the president had put to a referendum contained grave risks and pitfalls.

The Tunisian presidency should provide immediate and transparent clarifications regarding Belaid's statements, which are, to a large extent, consistent with the president's approach in ruling the country since last 25 July—making unilateral decisions and enacting legislation without the involvement of any public institutions or related parties.

The Tunisian president's insistence on preparing and putting forward the draft without consensus with the political forces will only deepen the crisis. Moreover, the publication of a draft that contradicts the draft presented by the advisory body raises serious doubts about the motives and goals of the president. This also raises questions about the mechanisms of work and outputs of all the bodies formed by Saied since the announcement of the exceptional measures.

The draft constitution included loose provisions that allow the president to have complete control over state institutions, enabling him to take measures that may go beyond his constitutional powers, including Chapter 91, which states that "The President of the Republic is the guarantor of national independence, territorial integrity, and respect of the Constitution and the laws as well as the execution of treaties. He sees to the proper functioning of the constitutional public powers and assures the continuity of the State."

The proposed constitution stipulates that "the government is responsible for its actions before the president of the republic," not the Assembly of the Representatives (the parliament), while maintaining the possibility of parliament withdrawing confidence from the government by a two-thirds majority. The President of the Republic is also empowered to submit bills of approval of treaties and bills of finance.

The new draft constitution opens the door to extending the presidential term based on a loose text that can be used arbitrarily. It says in Chapter 90 that if “it is not possible to hold elections on the specified date due to war or imminent danger, the presidential term shall be extended by law until the elimination of the reasons that led to its postponement." The pretext of "imminent danger" was one of the pretexts used by President Qais Saied when he imposed the exceptional measures.

Although the new draft constitution retained most of the provisions of the 2014 constitution relating to rights and freedoms, it restricted the natural rights of some groups. Chapter 41 stipulated the guarantee of the union's right to strike, but it excluded judges, police workers, internal security, and customs.

The new draft constitution kept the article taken by President Qais Saied as a basis for issuing exceptional measures and took a departure point to control the institutions of government. Chapter 96 of the draft constitution stipulated that "In the case of an imminent danger threatening the entity of the Republic and the country’s security and independence and renders the normal functioning of the wheels of the state impossible, the President of the Republic may take the exceptional measures that circumstances necessitate after consulting the Prime Minister, the Speaker of the Assembly of the People’s Representatives, and the President of the National Council for Regions and Regions.”

Under a previous presidential decree, Tunisians are scheduled to vote on the new draft constitution on 25 July.

President Kais Saied should withdraw the new draft constitution, cancel the date set for the referendum on it, stop making unilateral decisions, and conduct an inclusive national dialogue that includes all political forces without exception.