No livelihood for Syrian refugees in Lebanon, nor a safe haven back home 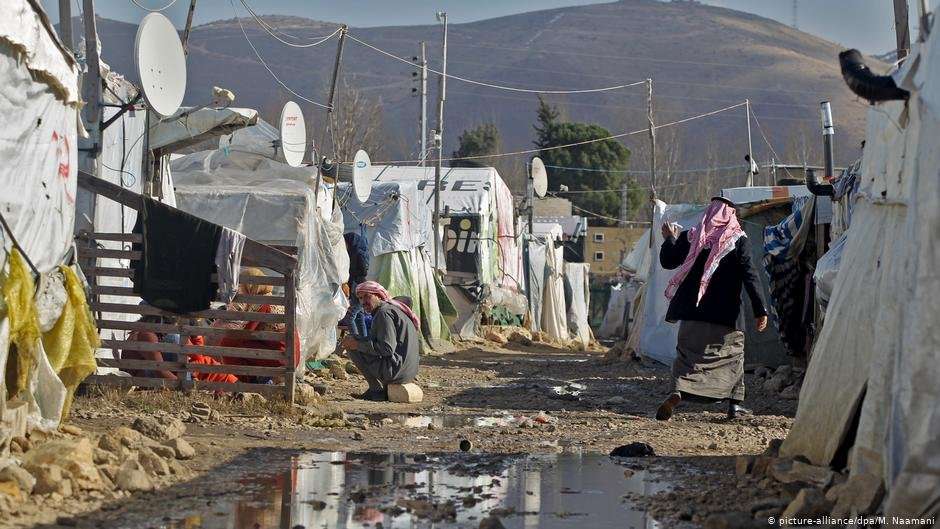 During the nearly 11 years since about 1.5 million Syrians sought refuge on Lebanese soil, the Lebanese authorities have not given those fleeing the war and persecution their rights as “refugees.” Since Lebanon is not a signatory to the 1951 Refugee Convention, Syrian refugees have been suffering from serious legal difficulties and inadequate standards of living. About 840,000 Syrian refugees registered with the UNHCR in Lebanon depend on limited financial and food aid provided by the UNHCR. Moreover, they are faced with the Lebanese government's strict policy that limits their economic and social opportunities and makes them subject to the whims of politicians and their temporary programs.

Consequently, the Syrians’ attempts to achieve stability remained unsuccessful. As threats of deportation escalated in the last three years, Syrians’ efforts to improve their social and economic conditions have become a struggle for survival against the Syrian authorities and their militias especially since there is evidence that some of the returnees to Syria between 2017 and 2021 were subjected to horrific violations, including kidnapping, arrest, torture, rape, enforced disappearance and murder.

Nevertheless, Several Lebanese officials, including the Minister of Social Affairs, Hector Hajjar, and Prime Minister, Najib Mikati, insist on “legally getting the Syrians out of Lebanon.” Does the law grant them this authority?

Does the law protect Syrian refugees in Lebanon from refoulment?

The Lebanese government intends to return 15,000 Syrian refugees per month while ensuring adequate conditions for their return, living necessities, healthcare, study and shelter. To avoid security prosecutions that may affect some of the deportees, the state has put forward two options: either pledge to the Syrian government “not to harm the Syrian state” or be deported to third countries.

Naturally, the first option cannot be relied upon for two reasons: Firstly, it is based on the false premise that the Syrian refugees have necessarily disturbed public security or harmed the state, and therefore, they should seek forgiveness from Bashar al-Assad. Secondly, the human rights record of both governments is untrustworthy, which means that any promises of a safe and dignified return are nothing but fake and impossible promises.

Regarding the legality of forcible deportation, Lebanon is bound by the principle of non-refoulment under customary international law. The country is also a party to the United Nations Convention against Torture, which states in Article 3 that “No State Party shall expel, return or extradite a person to another State where there are substantial grounds for believing that he would be in danger of being subjected to torture.”

According to Article 14 of the Universal Declaration of Human Rights, “Everyone has the right to seek and to enjoy in other countries asylum from persecution.”

The aforementioned articles protect Syrian refugees from forced deportation, as long as their lives are at risk in their country or their papers are legal (i.e., registered with the United Nations High Commissioner for Refugees in Lebanon).

In certain cases, the authorities can intentionally misinterpret some laws to serve their agenda. The most prominent way to achieve this is by accusing refugees of “terrorism” and invoking the pretext of preserving national security and restoring public order, as well as other broad terms that raise public sensitivity and caution at the same time.

In other cases, the authorities may compel refugees to sign papers stating their desire to return to their country. On 26 April 2019, the Lebanese authorities deported at least 16 Syrians, some of whom were registered as refugees, and some who expressed fear of torture and prosecution if returned to Syria.

However, the Lebanese authorities denied them their right to object or defend themselves and even forced them to sign voluntary repatriation forms. This completely contradicts a voluntary decision to return, which must include two elements: firstly, the freedom of choice without any physical, psychological, or material pressure. Secondly, the ability to make a conscious decision based on the current and accurate available objective information, i.e., the returnee is fully aware of his return conditions.

In that way, the Lebanese government tries to show that the decision to deport Syrian refugees does not contradict the provisions of customary international law and its obligations towards it. However, it is indirectly practising forcible return by exerting psychological pressure on the Syrians (sometimes at the instigation of media platforms) or restricting their living conditions and making their legal situation difficult.

These measures would ultimately force Syrian refugees to surrender and take one of two routes: either return to Syria or experience migration again. In both cases, their fate remains unknown.

Most importantly, the Lebanese government ignores the humanity of every Syrian refugee who is now threatened with deportation and forced to find another haven. This should be the sole measurement of any country when dealing with refugees.

The role of the international community

Syrian refugees constitute nearly a quarter of Lebanon’s six-million population, the highest percentage in the world. In such cases, a resettlement policy can be implemented to transfer refugees from the country of asylum to another country that agrees to allow them entry and eventually grant them permanent residence.

Resettlement is often used as a tool to share the burden and responsibilities and persuade countries hosting refugees to keep their borders open to new refugees.

In 2020, the UNHCR submitted the files of more than 39,500 refugees for evaluation by resettlement countries. Out of the 22,800 people who were resettled, Lebanon topped the list with 4,600 refugees.

On several occasions, the Lebanese government has demanded that international donor governments increase financial aid to humanitarian assistance programs. These programs can be used to employ Syrians and provide them with sustainable job opportunities, so they can become self-reliant and contribute to the prosperity of the Lebanese economy.

The Lebanese government defines Syrians as ‘displaced,’ however, it allowed the UNHCR to register hundreds of thousands of Syrians as ‘refugees.’ In case the Lebanese government was lobbied into ratifying the Refugee Convention and its protocol, the refugees’ status–including their residence permits and basic rights–can be organized in a better way that provides them with a sense of stability and an opportunity to integrate into society and be productive.

In compliance with their obligations towards international law and humanitarian principles, and considering the current conditions of the refugees, both the international community and the Lebanese government should take one or some of these suggestions into consideration to avoid any humanitarian disasters that may result from the continuous deterioration of the Syrians' legal and living conditions in Lebanon.