Reminder: Over two million Syrian children were robbed of another school year 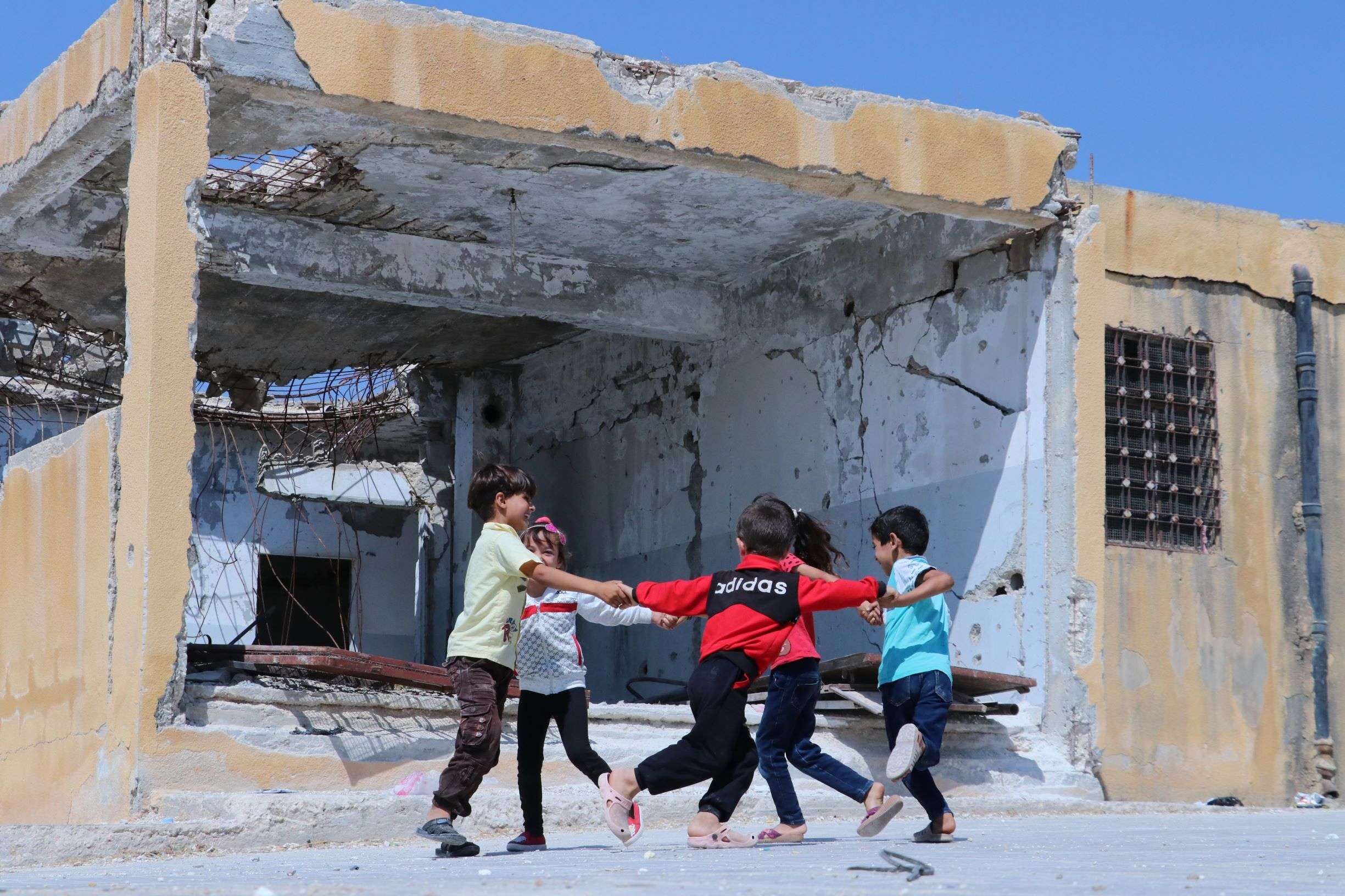 Children are playing in front of their school in Idlib. (Save the Children International)
14 Sep 2022 Syria
Share On Copied
AR

The most significant losses suffered by societies and individuals as a result of armed conflict and humanitarian crises are usually incalculable. Some far-reaching consequences do not manifest in the short term, but cause deep material and moral harm. Education deprivation is one of the most visible examples of a loss that is often overlooked in statistics, yet causes debilitating damage to entire societies.

Education is a fundamental right as per the Universal Declaration of Human Rights (1948) and the Convention on the Rights of the Child (1989), but remains out of reach for millions of children worldwide. Armed conflicts and security tensions—as well as other factors such as poverty and humanitarian crises—make education inaccessible at worst and inadequate at best, because it is subject to regular interruptions and delays.

The ugliness of the problem is usually revealed only after war has subsided and a school year has begun. Following an armed conflict, the percentage of children returning to school typically decreases; this is either a result of direct damage such as injury, resulting physical disability, damaged schools and residential buildings, displacement, or loss of family members, or a result of indirect damage, like poverty, unemployment, child labour, or the long-term psychological effects of trauma.

The majority of children who drop out of school are from the MENA region, which includes Syria, Yemen, and Sudan, due to the ongoing conflicts there.

According to UNICEF estimates for 2021, more than two million children in Syria are still deprived of education due to the war and resulting displacement situation. With the country’s living conditions deteriorating and the number of Syrians living below the poverty line exceeding 90%, many children have been forced to drop out of school and work to help cover their family’s basic living expenses; the number of displaced children in Syria has reached about 2.6 million.

Existing factors were further exacerbated by a continuous shortage of school seats and the closure of dozens of schools as a result of damage inflicted on them. For instance, UNICEF statistics indicate that Syrian schools have been subjected to approximately 4,000 attacks since 2011, with one of every three schools being completely destroyed, partially damaged, or converted into military barracks or shelters for the displaced from other similarly affected areas. Other uses of schools have been documented, such as conversion into detention and interrogation centres for students by security services and intelligence agents.

All of this has naturally resulted in educational institutions losing their sanctity and impartiality, as children are forced to choose between being targets of exploitation and recruitment by armed groups, or being denied the right to an education. In either case, the present situation does not lend itself to any rosy visions of a healthy, promising future.

As for the schools that are still open, classrooms are often overcrowded or dilapidated, and threaten to collapse at any moment. The buildings also lack water, electricity, facilities, a ventilation system, and other basic services needed to provide students with a stable and safe learning environment. There are also issues caused by a lack of educational cadres and requirements, such as poor curriculum quality.

Syrian children who have fled these threats to seek refuge in other countries are not faring any better, as a large number of them continue to face the risk of education deprivation—particularly those who have lost their identification papers, making enrolment in host-country schools a complex and exhausting process.

The deteriorating living conditions of Syrian refugees in asylum countries are unsurprising given the difficulty of obtaining residence permits, the lack of logistical support and international funding, and general government spending on education in accordance with international standards, as well as host countries’ failure to recognise refugee students’ certificates, lack of physical schools, and rising racism and xenophobia toward refugees and foreigners.

The problem Syrian children face in regards to education may appear to be very complex, and while it is, this complexity must not prevent us from asserting the fundamental principles and emphasising that education is a basic right for every child. Schools are supposed to be safe and appropriate places to receive children, without fear of air strikes, hate speech, complicated bureaucratic procedures, or other obstacles that interfere with education.

It would be illogical to expect a different future for Syria or the world as a whole in the absence of a genuine political will to grant all children the right to education. If we do not allow Syrian children to acquire an education and exercise their natural rights with the minimum of humanity, we are reproducing a more violent, extremist, and ignorant copy of our current reality.