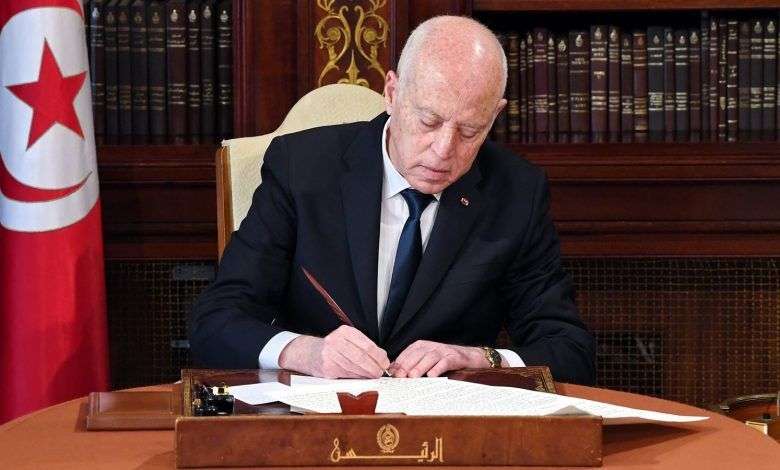 Decree No. 54 of 2022 on “fighting crimes related to information and communication systems” represents a serious and unprecedented attack on freedoms in the country. As the decree is based on broad provisions that impose arbitrary and unnecessary obligations and sanctions on communication service providers and users, it directly affects individuals’ fundamental rights.

The decree legalises the breaching and monitoring of individuals’ communications and data, robbing them of the right to maintain confidentiality of their identity or behaviour while using communication devices and media, and grants authorities access to all of their private data.

According to the first section of Chapter Two of the decree, communication service providers are required to keep users’ personal data for at least two years, including data about communication traffic, communication peripherals, and users’ locations, as well as data related to “the publication and exploitation of value-added content”.

Under the guise of “seeking the truth”, the decree allows authorities to access and acquire all of the aforementioned data, as well as to immediately record communication traffic, access any information system or carrier (any device or means allowing the storage of information/data), and search for and obtain the information stored within it. The process has been entrusted to the Ministry of Interior and the Ministry of National Defence.

Authorities are allowed to “intercept the communications of suspects”, including eavesdropping or viewing the content of communications, as well as copying or recording them using appropriate technical means in “cases that require investigation”. In the third subsection of Chapter Three, the decree imposes a five-year prison sentence and fine of 50,000 Tunisian dinars (about €15,650) on broad charges that can be used widely and arbitrarily, such as publishing false statements or rumours, harming public security or national defence, or inciting hate speech. The penalty is doubled if the person in question is a public official or someone of similar standing.

Anas Jerjawi, Euro-Med Monitor’s Chief Operations Officer, said: “The new presidential decree’s content is shocking and very similar to the dictatorial government systems. Moving forward with the implementation of these arbitrary provisions would almost certainly mean depriving Tunisians of their right to privacy, limiting the work of independent media, and criminalising some of its outputs.

“We have documented all of President Saied’s measures to control the various authorities in the country, particularly the judiciary, over the past months; thus, the independence of authorities entrusted with enforcing the decree cannot be guaranteed.

“Given President Saied’s authoritarian approach to managing the state, it is reasonable to suspect that the decree’s provisions are being used arbitrarily to violate opponents’ privacy and to restrict and prosecute journalists and media outlets that may issue outputs criticising the President’s policies”, Jerjawi added.

Although the decree requires law enforcement agencies to follow constitutional guarantees, plus relevant international, regional, and bilateral treaties and national legislation, official behaviour and practices since the announcement of the exceptional measures in July 2021 confirm authorities’ disregard for those provisions and use of the law to limit freedoms. Most notable has been the detention and trial of dozens of opponents, critics, and journalists and the closure of opposition media outlets, as well as the dismissal of dozens of judges and the arbitrary imposition of a travel ban on them.

The presidential decree blatantly contradicts a set of relevant international rules and laws. Article 12 of the Universal Declaration of Human Rights stipulates respect for the right of individuals to privacy, as it states, “No one shall be subjected to arbitrary interference with his privacy, family, home or correspondence, […] Everyone has the right to the protection of the law against such interference or attacks”.

Similarly, Article 17 of the International Covenant on Political and Civil Rights affirms the right to privacy, stating, “No one shall be subjected to arbitrary or unlawful interference with his privacy, family, home or correspondence, nor to unlawful attacks on his honour and reputation”.

The UN Special Rapporteur on the right to privacy should investigate the implications for privacy if Tunisian authorities implement Decree No. 54 of 2022, and exert all possible pressure on the Tunisian president to rescind it, as well as ensure that Tunisian national procedures and laws are compatible with international human rights obligations.

Tunisian President Kais Saied must rescind the new decree, stop controlling legislative authority and issuing decrees that serve to strengthen authoritarian rule, and follow through on his pledges to respect individuals’ and entities’ rights to freedom of publication and expression.