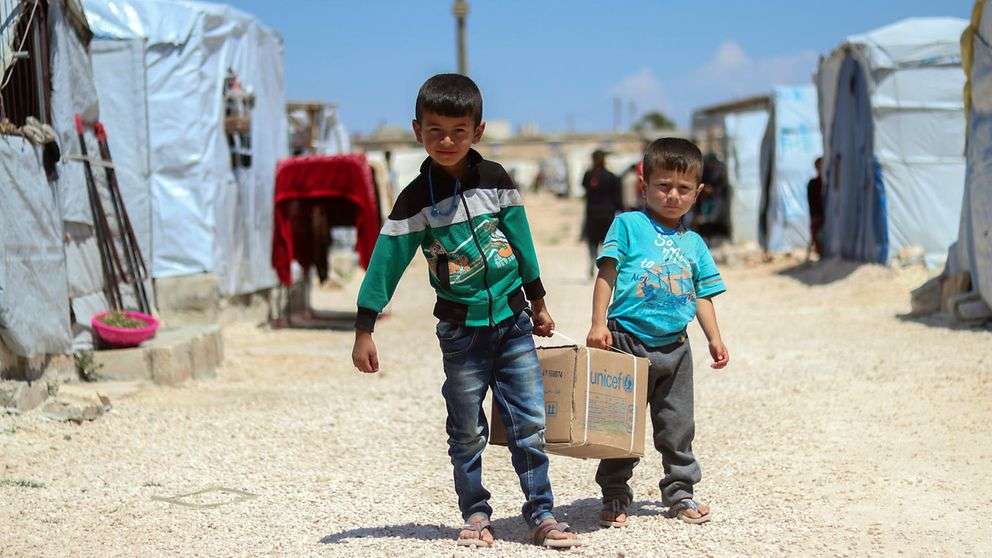 Geneva - The spread of poverty in Syria has had a significant impact on its population’s ability to secure their daily needs for food and basic commodities, particularly given the sharp and unprecedented rise in prices there, Euro-Med Monitor said in a statement released in conjunction with the International Day for the Eradication of Poverty.

The Syrian conflict and its accompanying crises, which include displacement, severe economic recession, and devaluation of the local currency, have impoverished the population and increased the financial burden on individuals. Amidst a record increase in prices of more than 800% in the last two years alone, 90% of the population now lives below the poverty line.

The deterioration of the humanitarian situation is not limited to a single governorate or region, but affects almost all Syrian governorates. Particularly affected are those in northern Syria, which accommodates millions of displaced people who face greater poverty and food insecurity than others. Syrian families faced record levels of food insecurity and hunger this year, with approximately 12.4 million individuals experiencing food insecurity—equivalent to over half of Syria’s population—and 1.3 million experiencing severe food insecurity.

Anas Jerjawi, Euro-Med Monitor’s Chief Operations Officer, said: “At a time when Syrians face record levels of poverty and food insecurity, the humanitarian response plan for Syria has received only 25% of the necessary funding, which clearly means that the international community has failed millions of Syrians who are exhausted by poverty and conflict.

“For 11 years, the international community has failed miserably in providing protection to Syrians and moving seriously and effectively to end a conflict that has deteriorated the humanitarian situation to such an extent”, Jerjawi added. “However, in order to prevent further deterioration and consequences that may be even more difficult to confront, donor countries must not ignore or reduce their commitments to the Syrian humanitarian crisis now”.

Around 14.6 million Syrians, half of whom are children, require humanitarian assistance—the highest number since the conflict began in March 2011. The spread of poverty and loss of livelihoods has not only affected the population’s living conditions, but also created a sense of despair and frustration, which has contributed to an increase in suicide cases in the majority of Syrian governorates. From the beginning of this year through August, more than 150 suicide cases were recorded in areas controlled by the Syrian government and the armed opposition.

The ongoing conflict in Syria has directly resulted in the deaths of at least 306,000 civilians, which is equivalent to 1.5% of the population before the outbreak of the conflict. It has also directly resulted in the arbitrary detention and forcible disappearance of tens of thousands, and the near-complete destruction of several cities and towns. The conflict has forced nearly half of the population to flee or seek refuge, disrupted the work of more than half of the nation’s medical care facilities, and prevented nearly two million children from attending school.

Syria’s ruling authorities should continue to support the population by all means possible, collaborate with relief organisations, and refrain from using security or political arguments to obstruct or restrict the work of humanitarian mechanisms aimed at alleviating the humanitarian crisis. Meanwhile, donor countries and organisations must fulfil their obligations towards the Syria Response Plan and increase their financial contributions in response to the escalation of the humanitarian crisis, unprecedented rise in poverty rate, and increased number of people in need of urgent humanitarian assistance.