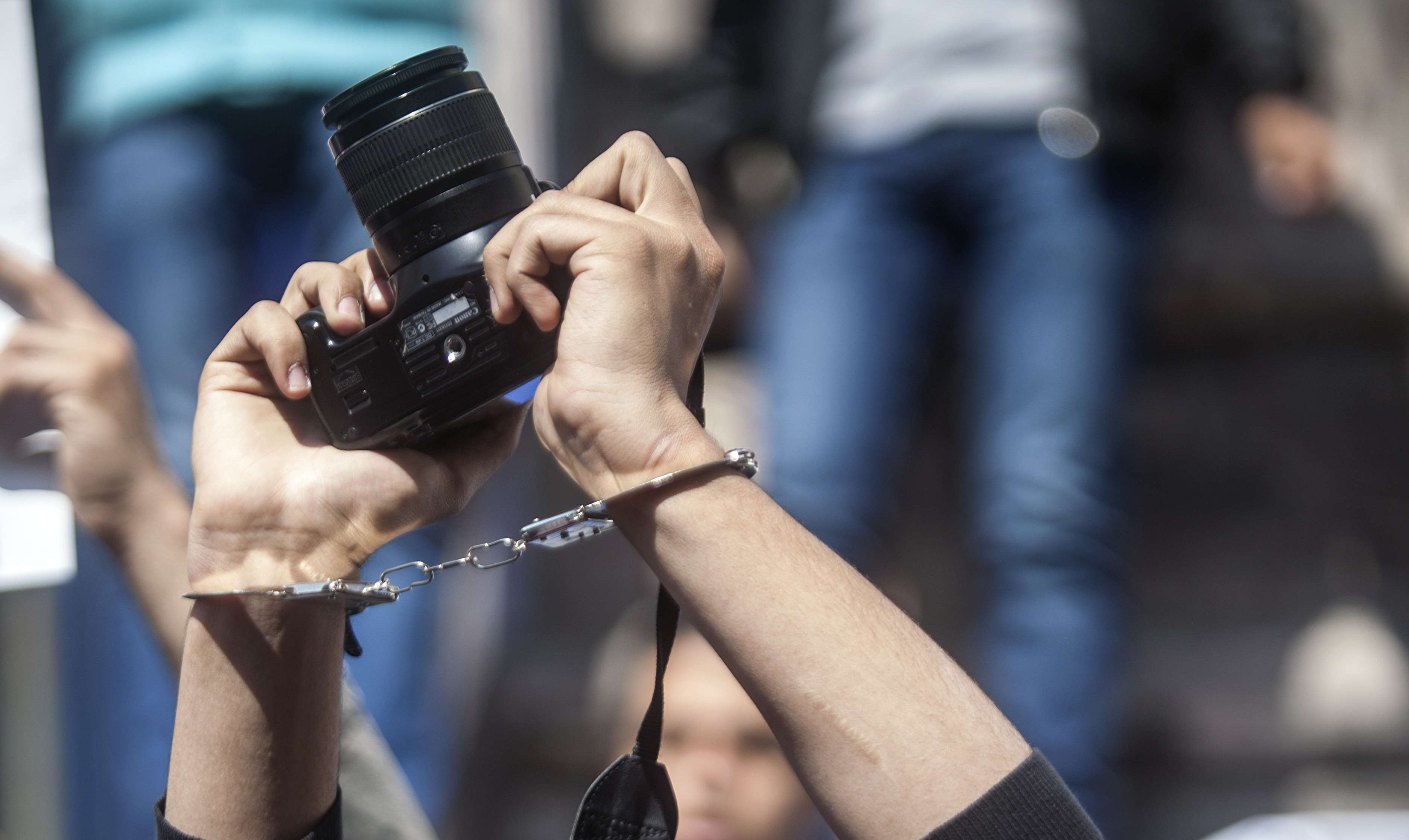 The number of journalists detained in Egyptian prisons is surging, higher than even the worst periods of oppression during the presidency of Hasni Mubarak. "Media work has become a dangerous job in Egypt," concludes the Euro-Med Human Rights Monitor. "Media professionals who do their job are at serious risk of being imprisoned or tortured."

In a press release issued on August 6,Euro-Med Monitor reported there are currently 65 journalists in Egyptian prisons. Fifty-three are detained on charges related to their work; 20 have been detained since 2013, and another 29 since 2014. Twelve of the journalists have been sentenced to life imprisonment without adherence to even minimal principles of justice.  in what media recognized as "Rabi'a Operations Room Issue", an issue in which minimal principles of justice were not upheld.

"Egyptian authorities claim media must be censored to protect national security," says Ihsan Adel, legal consultant for Euro-Med Monitor. "However, the criminal charges brought against the journalists are not backed with any independent evidence; they are being detained based only on the testimony of the security forces themselves."

The ‘temporary detention’ used to imprison journalists often lasts more than the 18-month limit specified by Egyptian law, notes Adel. For example, the Egyptian criminal court recently renewed the detention of Mahmoud Abu Zaid, despite the fact that he already had been “temporarily detained” for about two years. Charges against Mahmoud include his coverage of the incidents of Rabi'a Al Adawiya in August 2013.

Another journalist detained for a long time is Mohammed Saber Ahmed Al-Battawi, who works as a journalist for Today News. Al-Battawi has been detained for 50 days to date without any criminal charges being brought against him or any evidence produced. He was taken from his house in Toukh City in Al-Qaliuobeia Governorate on June 17. Al-Battawi’s house was searched and vandalized, and his phone and other personal belongings were confiscated.

According to his family, Al-Battawi was subjected to a third hearing, without the presence of his lawyers, in which he was ordered detained until August 17. The family expressed shock at the news that more accusations had been brought against their son, including alleged planning of criminal acts, ownership of fireworks that threatened people's lives, and vandalism of public places. Al-Battawi denied these accusations.

"The media censorship in Egypt results in limited coverage of specific areas, such as the Sinai Peninsula," says Adel. "Egyptian forces are fighting armed groups in the peninsula, causing the loss of many lives and requiring media coverage to expose what’s going on. However, journalists are banned from entering; instead, they are returned immediately once reaching one of the checkpoints."

The Egyptian parliament recently modified the law to entitle the state to imprison any journalist for up to two years when reporting information or numbers different from governmental version.

Adel highlighted Euro-Med Monitor's concern about reports that detained journalists are being mistreated and tortured and prevented from seeing their families or lawyers. "Egypt's assaults against journalists, its closure of many media institutions and its confiscation of their equipment constitute a violation of Egypt's commitments under the International Covenant on Civil and Political Rights,” concluded Adel. “In addition, these policies violate universally recognized rights of individuals, groups and civil society organizations. Detention of journalists and media censorship must stop now," concluded Adel. "Detained journalists who are held based on charges that are either unclear or illegitimate must be freed immediately.”