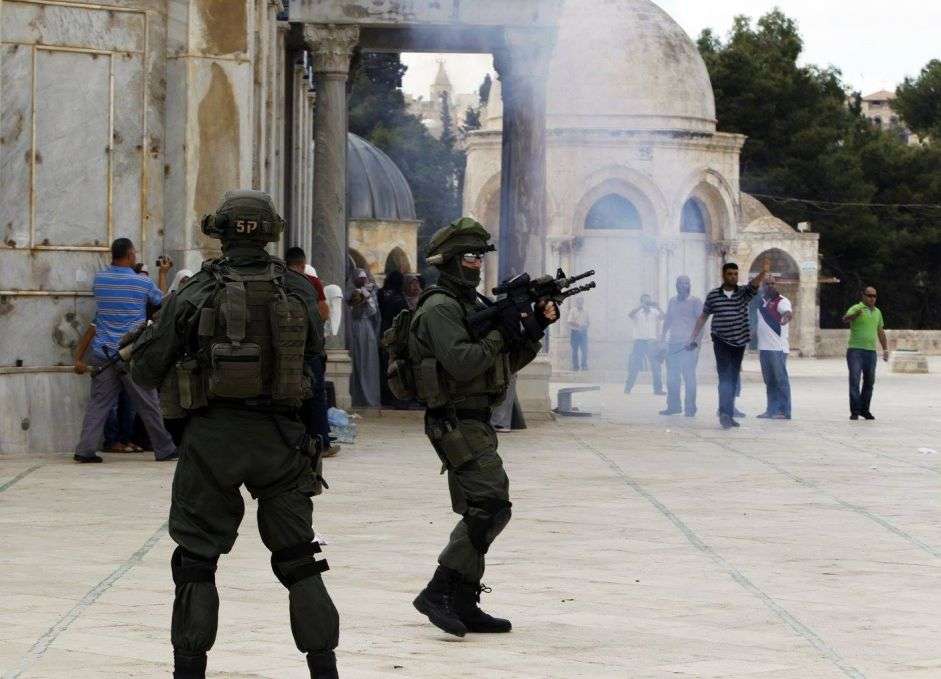 Geneva – Israeli incitement and violations against Arabs in Jerusalem have dramatically increased in 2015, concludes a new Euro-Med Human Rights Monitor report. The report, titled “Fire under the Ashes: Provoking Muslims in Jerusalem,” warns that Israeli incitement against Muslims could trigger a conflict that would likely result in disastrous consequences.

Israeli authorities deported 227 Palestinians and detained 225 others during January-August. In addition, 7,200 settlers accompanied by Israeli officers and soldiers stormed the Al-Aqsa compound during the same period.

“It is clear that the number of deportations increases shortly before Jewish holidays,” says Ihsan Adel, Euro-Med Monitor legal adviser. “For example, Israeli police issued 15 deportation orders on a single night a few days before the Jewish holiday of Passover and on the eve of the ‘Destruction of the Temple’ in July.”

The Euro-Med Monitor field team in Jerusalem found that Israeli soldiers often use violence while detaining Palestinians. For example, on May 31, police severely beat an elderly man carrying an Israeli identity card.

This year, April witnessed the highest percentage of violations; 1,412 settlers accompanied by 93 officers and soldiers stormed the Al-Aqsa compound.

Among the provocative acts documented by Euro-Med Monitor researchers against Palestinians in Jerusalem were performance of Talmudic prayers near Muslim worshippers, beating, throwing rubbish, cursing, death threats and preventing worshippers from reaching the mosque.

The Euro-Med Monitor calls on Israeli authorities to cease these provocative practices and to take the steps necessary to put an end to human rights violations against Arabs and Muslims in Jerusalem. The United Nations Special Coordinator for the Middle East Peace Process (UNSCO) and the international community must pressure Israel to adhere to international law, including the Geneva Conventions. Moreover, the organization calls on the UN Security Council to use all means possible to end the Israeli illegal occupation of the Palestinian territories.