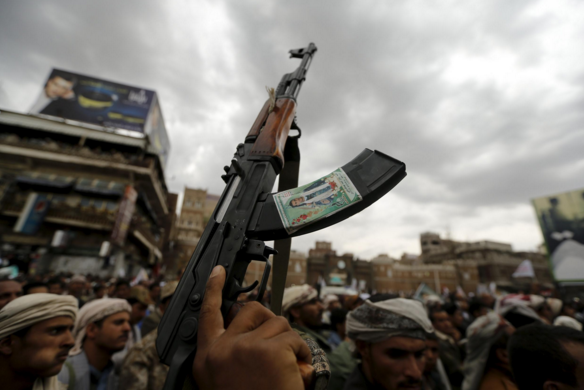 Geneva - In just the last week, at least 22 civilians in the Yemeni city Taiz have been purposely targeted and killed by militias aligned with the Houthi clan and the exiled former president Ali Abullah Saleh. The militias have imposed a crippling blockade on the city for the past five weeks.

In just one day during the week, October 21, researchers affiliated with the Euro-Med Monitor Human Rights Monitor documented that the militias targeted many neighborhoods with Katyusha rockets, killing 14—of whom three were children—and injuring 74 others. However, other local sources reported 20 killed and 90 wounded. Injuries included severe burns, embedded shrapnel and deep lacerations from blasts. Thus, in light of the shortage of medical equipment and drugs due to the blockade, the number of deaths is expected to increase.

The Euro-Med Monitor researchers recorded eyewitness testimony that eight Katyusha rockets targeted both markets and residential neighborhoods in the center of Tais. For example, one of the witnesses described a bombing that targeted the Al-Motahideen Clinic in the Al-Dabou’a neighborhood, with the rocket hitting immediately in front of the clinic and causing the death of Majed Abdulkhaleq Abdulmajid, who was passing by. It was followed by another bombing in the same area, killing 10-year-old Amjad Marwan Abdullah. Tens of others in the area were injured.

Administrators at the three local hospitals receiving the dead said there were so many bodies they had to use refrigerators normally used for food to store them due to lack of space. They confirmed that all the victims are civilians, including market owners and pedestrians. No military activities were reported in the area.

“Houthi broadcasts on the local Al-Maseera TV claimed that only Saudis and ISIS mercenaries were targeted, but clearly this is not the case,” said Ihsan Adel, Euro-Med Monitor legal adviser.

The spokesperson for Euro-Med Monitor, a human rights organization headquarted in Geneva, added that “after inspecting the area and listening to witnesses, it appears the bombing originated in the Huban area in the east of Tais, which is controlled by the Houthi and Saleh-affiliated militias. This is clearly a battle for control of territory, putting innocent civilians at severe risk.”

Euro-Med Monitor warns that targeting civilians is a breach of international law, particularly since Katyusha rockets are not specific in their aim. Thus, they cannot differentiate between civilians and militants and their use is a war crime as defined by the Rome Statute of the International Criminal Court.

The organization is calling on the international community to immediately redouble its efforts to end the siege imposed on the city, which the Houthis are using to halt the entrance of food, drugs and medical supplies. Also confiscated has been supplies of drinking water, cooking gas and infant formula. Houthi fighters have kidnapped a number of humanitarian activists attempting to deliver the supplies.

“The current situation in the city is leading to a humanitarian catastrophe, to the extent that 65 out of 92 hospitals and medical centers have had to completely stop operations, along with two-thirds of the pharmacies,” summed up Adel. “A safe corridor for civilians working to deliver emergency supplies must be set up and enforced while negotiations take place to bring an end to the siege and hold the perpetrators of this terrorism to account.”